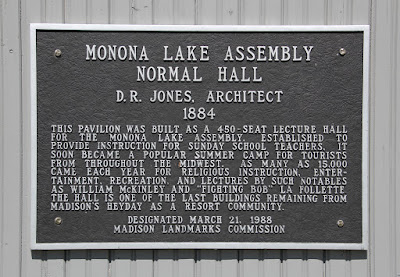 This pavilion was built as a 450-seat lecture hall for the Monona Lake Assembly. Established to provide instruction for Sunday school teachers, it soon became a popular summer camp for tourists from throughout the Midwest. As many as 15,000 came each year for religious instruction, entertainment, recreation, and lectures by such notables as William McKinley and "Fighting Bob" La Follette. The Hall is one of the last buildings remaining from Madison's heyday as a resort community.

The marker is No. 83 in a series of markers erected by the Madison Landmarks Commission. 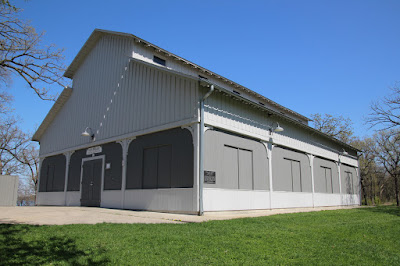 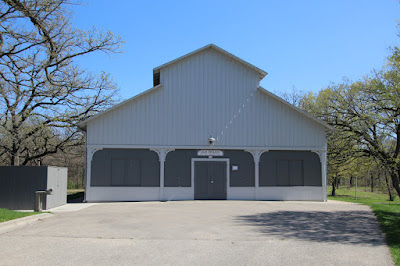 The west side entrance to the Normal Hall. 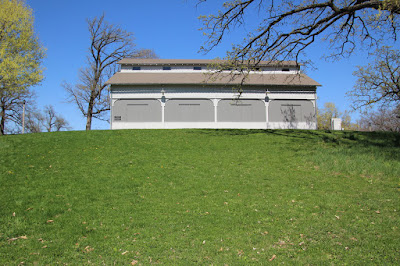 View of the Normal Hall from the park road.
The marker is visible on the far left corner. 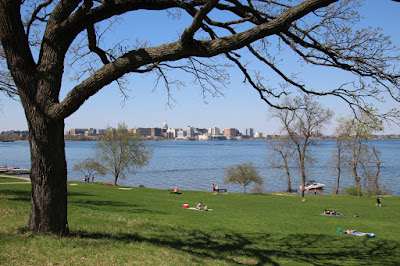 View across Lake Monona to the Wisconsin Capitol building
(from parking lot to access marker location). 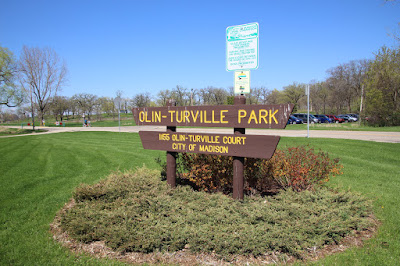