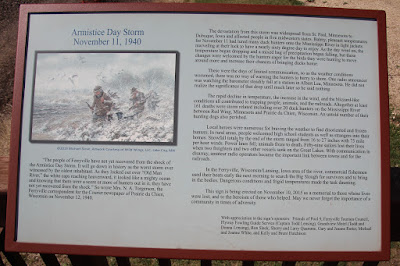 
The people of Ferryville have not yet recovered from the shock of the Armistice Day Storm. It will go down in history as the worst storm ever witnessed by the oldest inhabitant. As they looked out over "Old Man River," the white caps reaching heavenward, it looked like a mighty ocean and knowing that there were a score or more of hunters out in it, they have not yet recovered from the shock." So wrote Mrs. N.S. Torgerson, the Ferryville correspondent for the Courier newspaper of Prairie du Chien, Wisconsin on November 12, 1940.

The devastatation from this storm was widespread from St. Paul, Minnesota to Dubuque, Iowa and affected people in five midwestern states. Balmy, pleasant temperatures for November 11 had lured many duck hunters onto the Mississippi River in light jackets marveling at their luck to have a nearly sixty degree day to enjoy. As the day went on, the temperature began dropping and a mixed bag of precipitation began falling, but these changes were welcomed by the hunters eager for the birds they were hunting to move around more and increase the chances of bringing ducks home.

These were the days of limited communication, so as the weather conditions worsened, there was no way of warning the hunters to hurry to shore. One radio announcer was watching the barometer steadily fall at a station in Alberta Lea, Minnesota. He did not realize the significance of that drop until much later so he said nothing.

The rapid decline in temperature, the increase in the wind, and the blizzard-like conditions all contributed to trapping people, animals, and the railroads. Altogether at least 161 deaths were storm related including over 20 duck hunters on the Mississippi River between Red Wing, Minnesota and Prairie du Chien, Wisconsin. An untold number of their hunting dogs also perished.

Local heroes were numerous for braving the weather to find disoriented and frozen hunters. In rural areas, people welcomed high school students as well as strangers into their homes. Snowfall totals by the end of the storm ranged from 16 to 27 inches with 75 mile per hour winds. Power lines fell; animals froze to death. Fifty-nine sailors lost their lives when two freighters and two other vessels sank on the Great Lakes. With communication in disarray, amateur radio operators became the important link between towns and for the railroads.

In the Ferryville, Wisconsin/Lansing, Iowa area of the river, commercial fishermen used their boats early the next morning to search the Big Slough for survivors and to bring in the bodies. Dangerous conditions and frigid temperatures make the task daunting.
This sign is being erected on November 10, 2015 as a memorial to those whose lives were lost, and to the heroism of those who helped. May we never forget the importance of a community in times of adversity.

The marker is located on southbound Main Street / State Highway 35, near Hickory Street, at an observation deck that overlooks the Mississippi River, Ferryville Wisconsin 54628. 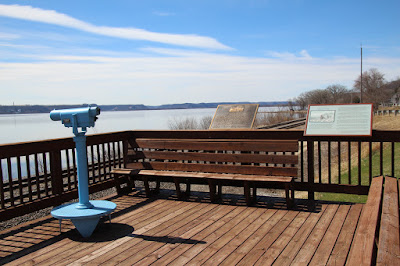 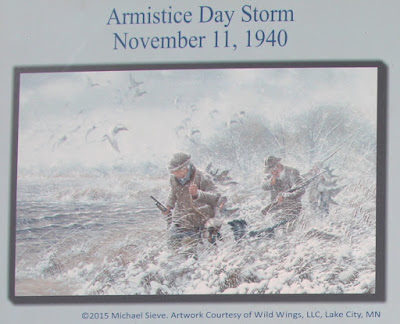 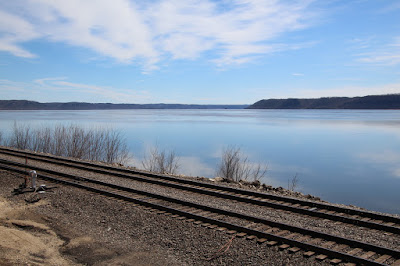 Looking southwest along the Mississippi River. 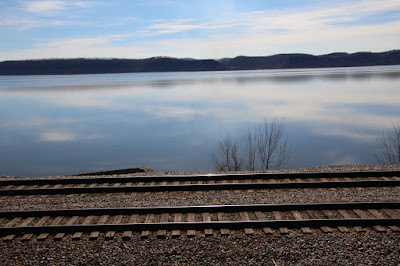 Looking west across the Mississippi River. Looking northwest up the Mississippi River. 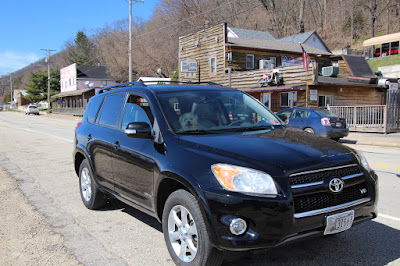 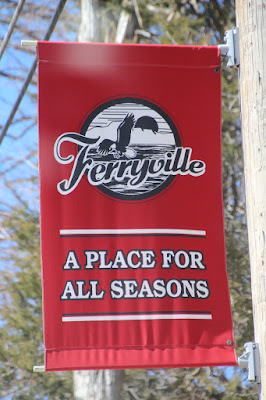