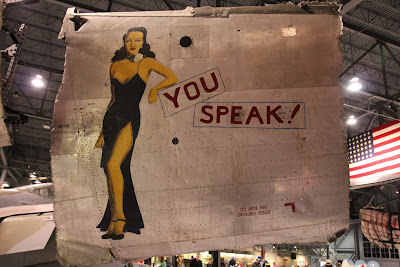 For bombers of the 15th Air Force like You Speak and Sloppy But Safe, missions often entailed bombing runs from Italy into southern Germany. To reach their targets, the bombers had to fly over the Alps, where unpredictable weather could quickly turn a routine mission into a life-threatening ordeal.

Once a bombing formation reached its target, the pilot of the lead aircraft would switch to automatic pilot transfering control to the bombardier who would then fly the aircraft and release the bombs over the target.

To prepare for missions, ground crews loaded the aircraft with bombs and gas. B-24s and B-17s could burn 2,800 gallons or nine tons of fuel in a typical mission.

The exact weight of fuel and bombs had to be carefully planned, and fuel could exceed half the weight of the cargo. Sometimes in cases of extreme weather, bombers would have to drop their bombs before they reached their targets in order to conserve enough fuel for their return.

You Speak is part of the Commemorative Air Force WWII Nose Art Collection, on display November 2015 through December 2017, at the EAA Museum located at 3000 Poberezny Road, Oshkosh, Wisconsin 54902. 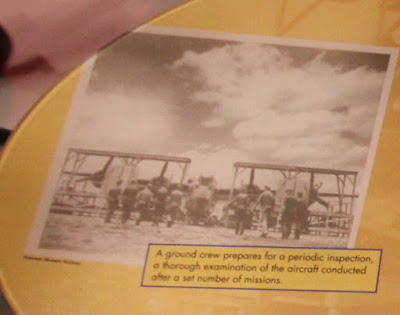 A ground crew prepares for a periodic inspection,
a thorough examination of the aircraft conducted
after a set number of missions. 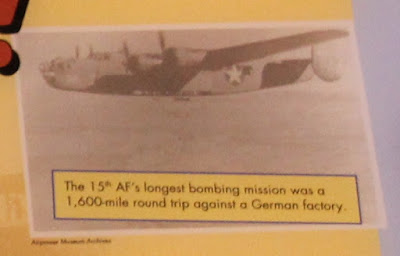 The 15th AF's longest bombing mission was a
1,600-mile round trip against a German factory.

You Speak is part of the Commemorative Air Force
WWII Nose Art Collection, on display through December 2017
at the EAA Air Venture Museum in Oshkosh, Wisconsin.