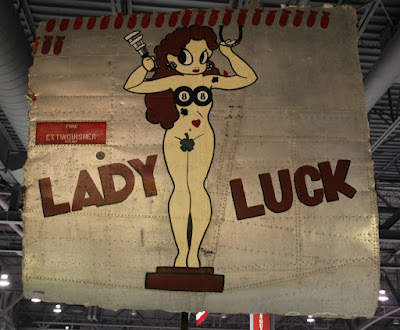 Nose art artist Robert Silva painted Lady Luck and Yellow Fever. Silva may have been influenced by a Paul Benson cartoon that was reproduced in Yank and Stars and Stripes.

Silva drew on a wealth of symbols in an effort to bring good luck to the crew. In addition to a horseshoe and a strategically placed four-leaf clover, the figure holds a wrench, possibly a tribute to the ground crews who kept Lady Luck flying.

The success of bomber crews in the air dependent on the support of the crews on the ground. Ground personnel included mechanics, armorers, propeller specialists, parachute riggers and a number of others. Often two or three mechanics worked exclusively on a bomber, becoming as much a part of the crew as those who flew it.

Working at all hours of the day and night, ground crews in India encountered 120°F days. Always in short supply, spare parts were often culled from the wreckage of aircraft too damaged for additional missions. 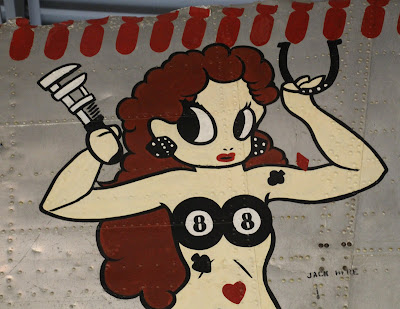 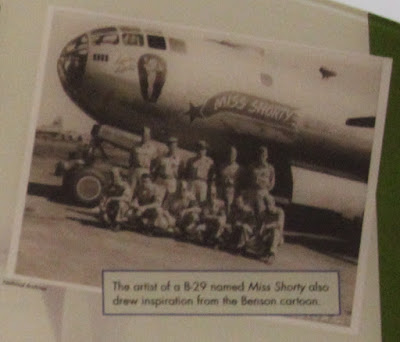 The artist of a B-29 named Miss Shorty also
drew inspiration from the Benson cartoon.

Lady Luck is part of the Commemorative Air Force
WWII Nose Art Collection, on display during 2016
at the EAA AirVenture Museum in Oshkosh, Wisconsin.