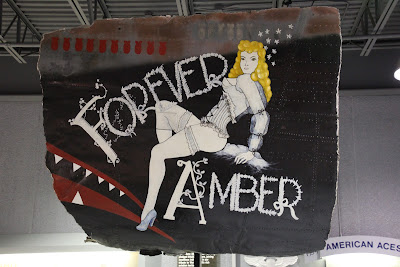 The nose art artist of Forever Amber found inspiration in two sources: a Varga Girl and a wildly popular novel of the '40s. Published by Kathleen Winsor, the novel Forever Amber tells the story of a beautiful girl named Amber Sr. Clair and her amorous adventures in 17th century England. Outselling every other American novel of the '40s, the book was banned in some cities for its raciness.

Forever Amber's artist uniquely combined the influence of the pin-up and the novel. Although borrowing a Varga Girl pose, the artist depicts the figure as a 17th century woman. Dressing her in white frilled undergarments and giving her curly hair, the artist positions her on on invisible perch. The artist also devoted attention to the aircraft's name, adding intricate letters that matched the style of the pin-up's attire. 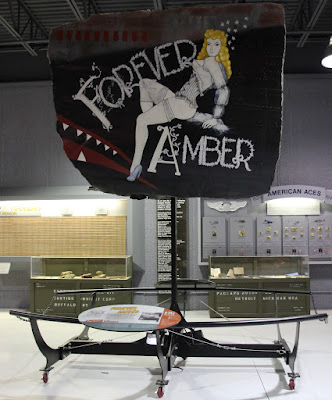 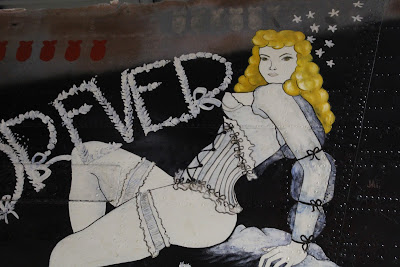 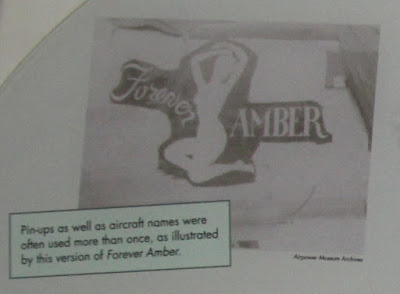 Pin-ups as well as aircraft names were
often used more than once, as illustrated
by this version of Forever Amber. 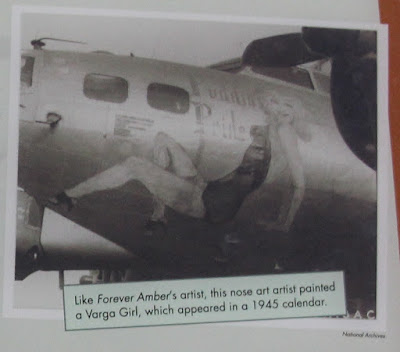 Like Forever Amber's artist, this nose art artist painted
a Varga Girl, which appeared in a 1945 calendar.

Forever Amber is part of the Commemorative Air Force
WWII Nose Art Collection, on display through December 2017
at the EAA Air Venture Museum in Oshkosh, Wisconsin.