We are currently offering a new exhibit of World War II nose art, featuring more than 30 pieces that will be on display in the Eagle Hanger. These paintings, from actual World War II bombers, are on loan from the Commemorative Air Force in Texas, and have never been loaned to another museum.

EAA is presenting the collection in a way that maintains proper museum standards towards education and understanding. In the interest of full disclosure, there are some mature themes involved with this collection to which we want to make you aware.

Some of the images depicted in the nose art collection are provocative of risque. There are young women shown wearing minimal garments or, in some cases, no clothing at all. Some of the most provocative pieces have been placed in the Eagle Hangar's "Top Secret" area. An important part of displaying this collection is presenting it as it existed, with no judgments as to the appropriateness of individual images.

Parental Notice: This gallery contains historical images of aviation nose art that some parents may find unsuitable for younger children. Some images in this exhibit contain partial and full nudity; parental discretion is advised.

More than 30 pieces of nose art from actual World War II combat aircraft made their first-ever trip outside their home museum, with the EAA Air Venture Museum in Oshkosh chosen as the first public display location for this rare collection.

“This collection is simply incredible; there’s no other way to put it,” said Bob Campbell, director of the EAA AirVenture Museum. “We’re honored to be the first museum chosen by the CAF to receive this priceless collection on loan. It tells a unique story of the common soldier and airman during World War II, how this artwork was created, what it meant to these young men mostly between 18 and 25 years old, and the individual tales of these aircraft that returned along with those that didn’t.”

The nose art was common on the bombers and fighter aircraft of the era, and displayed the creativity of crews at air bases around the world. As was the custom during World War II, some of the nose art depicts slogans or places, but many of them included drawings of young women in poses from chaste to extremely provocative. Some of the most risqué art has been moved to the Eagle Hangar’s “Top Secret” area, which also includes a surplus atomic bomb casing from the end of the war.

Each piece of artwork in the collection includes an interpretive panel that describes the aircraft from which the artwork came, its history, and any back-story details to further enrich the visitor experience.

EAA plans several events throughout the coming year that feature the nose art collection and tells more of the background behind each piece. 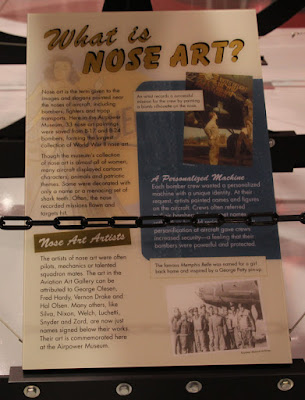 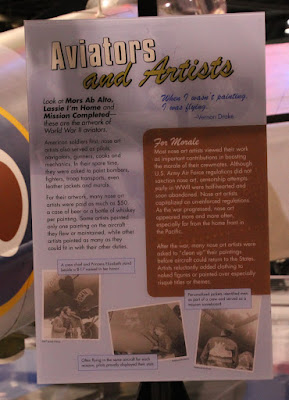 When I wasn't painting, I was flying.
- Vernon Drake

Look at Mors Ab Alto, Lassie I'm Home and Mission Completed -- these are the artwork of World War II aviators.

For their artwork, many nose art artists were paid as much as $50, a case of beer or a bottle of whiskey per painting. Some artists painted only one painting on the aircraft they flew or maintained, while other artists painted as many as they could fit in with their other duties.

Most nose art artists viewed their work as important contributions in boosting the morale of their crewmates. Although U.S. Army Air Force regulations did not sanction nose art, censorship attempts early in WWII were half-hearted and soon abandoned. Nose art artists capitalized on un-enforced regulations. At the war progresses, nose art appeared more and more often, especially far from the home front in the Pacific.

After the war, many nose are artists were asked to "clean up" their paintings before aircraft could return to the States. Artists reluctantly added clothing to naked figures or painted over especially risqué titles or themes. 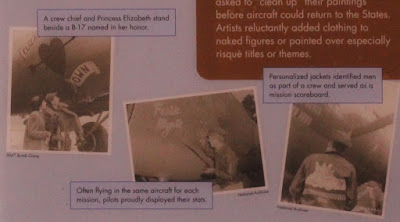 [Left] A crew chief and Princess Elizabeth stand beside a B-17 named in her honor.

[Center] Often flying in the same aircraft for each mission, pilots proudly displayed their stats.

[Right] Personalized jackets identified men as part of a crew and served as a mission scoreboard. 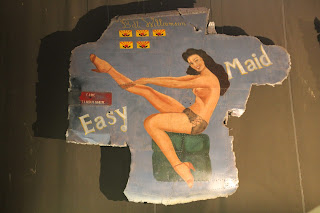 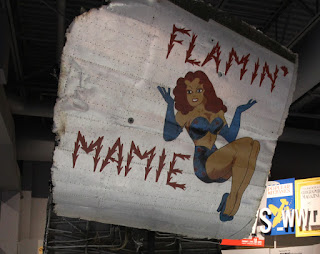 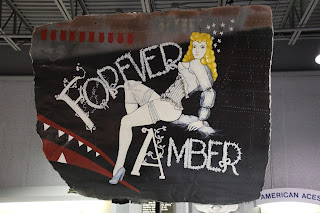 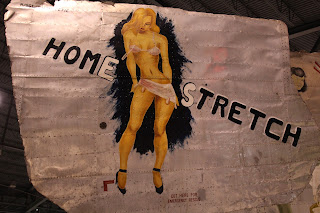 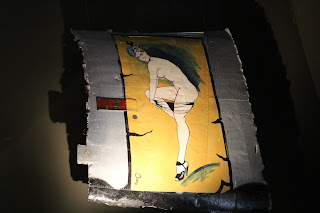 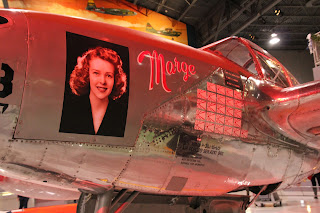 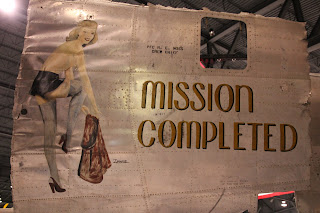 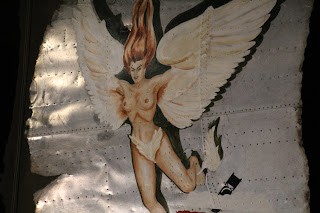 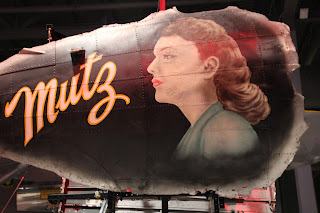 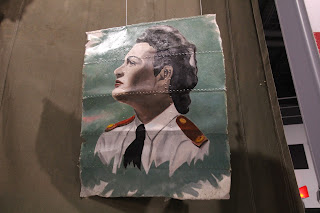 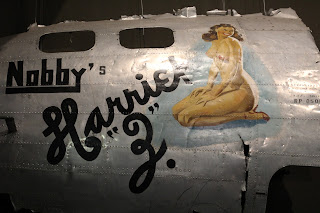 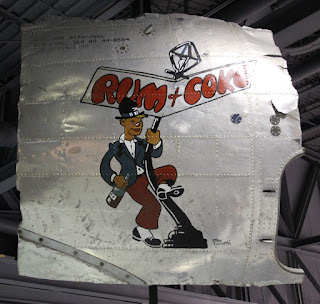 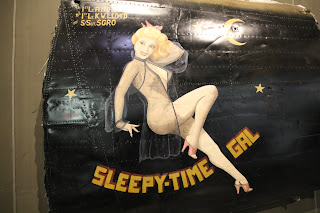 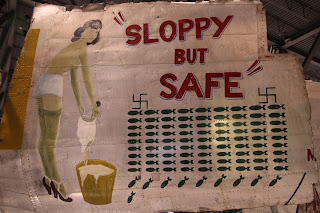 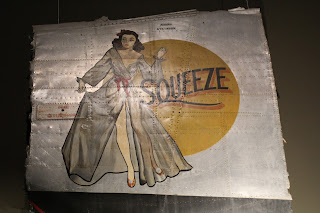 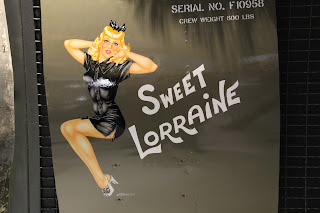 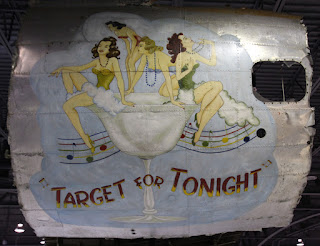 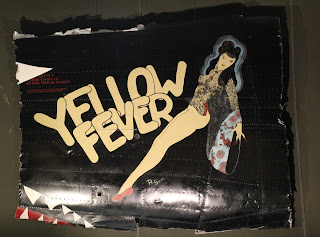 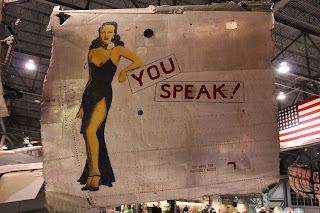 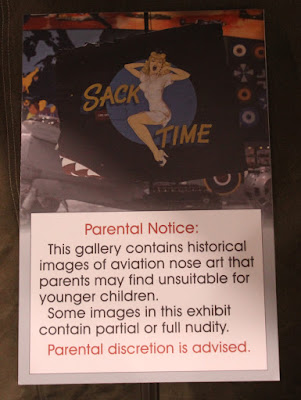