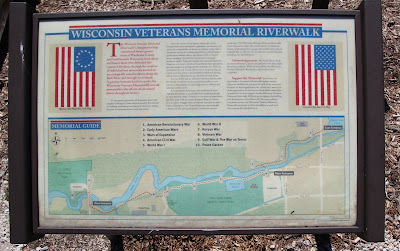 To the present generation of Americans faced with complex challenges to their national security, the role that our military institutions have played in American history becomes of increasing interest and importance.

Over the course of our history, the people of the United States have attempted to guarantee out security and assure the compatibility of American military policy with a democratic society by creating armed forces which balance professional soldiers, sailors, and airmen with a "citizen" army consisting of a variety of components variously known as militia, National Guards, and organized Reserves. However, at a time in which external threats have placed the general populace at perhaps greater risk than ever before in our history, the role of our military forces in protecting our society and democracy is incompletely understood, having seldom been emphasized in our educational institutions.

Is is our belief that an informed citizenry familiar with the history of military service and military policy in our country is best prepared to pass judgment on military and national security issues.

It may surprise Americans, who traditionally have regarded themselves as a peaceable and unmilitary people, to learn that the range of warfare in our national experience has been quite wide and quite frequent. Born in a revolution, a violent struggle often considered a prelude to other "wars of liberation," the United States has since endured a bitter civil war and participated in numerous international wars. The Wisconsin Veterans Memorial Riverwalk places these wars within the overall context of American history, emphasizing the courage, self-sacrifice and sense of responsibility on the part of our citizenry in protecting and extending our vital freedoms.

Acknowledgements. We would like to thank our many volunteers, donors, and sponsors who have made this project possible. Without their efforts, the Wisconsin Veterans Memorial Riverwalk could not have been completed.

Support the Memorial. Each of the ten memorials is decorated with beautiful granite pavers. These are available for purchase for each of the memorial locations to show appreciation for a loved one's service, to show appreciation for the service of our fellow Americans in general, or to show support for the Wisconsin Veterans Memorial Riverwalk. All funds go to support the building and development of the Riverwalk. For more information please contact the Wisconsin Veterans Memorial Riverwalk committee at 262-646-6886 or e-mail us at wisconsinvmr@ci.delafield.wi.us. 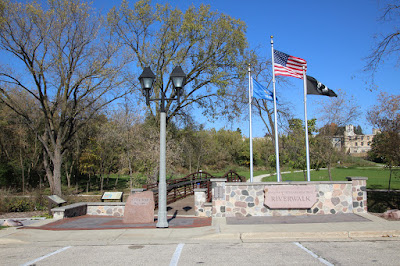 The main entrance to the Wisconsin Veterans Memorial Riverwalk.


Gulf War and The War on Terror 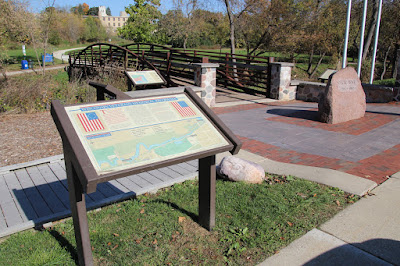 Cross this bridge to access the first three stops
of the Veterans Memorial Riverwalk. 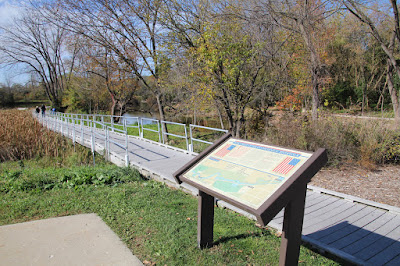 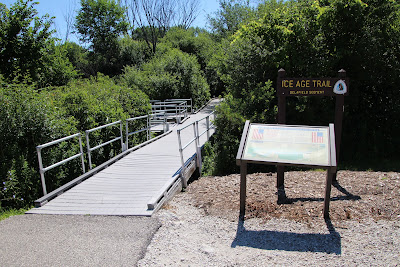 The West Entrance to the Riverwalk
(accessible from Cushing Memorial Park). 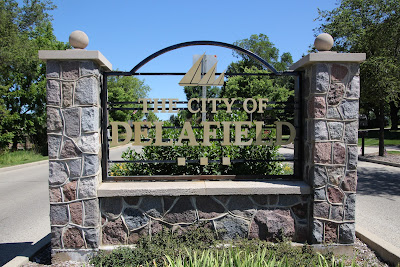 The Wisconsin Veterans Memorial Riverwalk
is located in Delafield, Wisconsin.