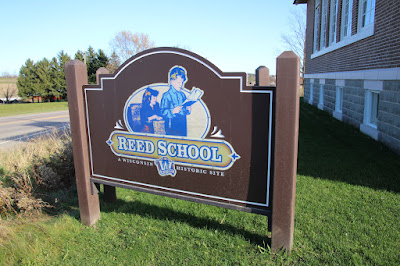 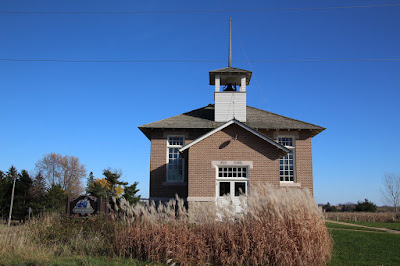 The first farms in Clark County were located along Pleasant Ridge, which today follows Highway 10 east of Neillsville. The first school was located south of the highway on what is now Miller Avenue. Originally a log building, it was replaced by a wood-frame building to the north of the highway and one-half mile to the west. In 1878 the building was moved another half mile west to the present site on land donated by Thomas and Lucretia Reed. The school was named "Reed School" in their honor.

In February 1915 the school burned down. Special meetings of the district were called and a decision made to build a new school of stone and cement blocks. Minutes of the meetings called for details such as "built two tier brick" and "line with tile" and, finally, "leave the coloring of brick to the Ladies." The school was built from plans drawn by Mr. Rhandoll and opened in 1915. Reed School operated through 1951. It closed when attendance fell below 10 students.

Residents voted to reopen the school in 1954. This request was denied in Madison. School consolidation after World War Ii eventually eliminated county schools from the state.

Reed School is representative of more than 6,200 one-room schools that dotted the Wisconsin landscape during the first half of the 20th century.

Reed School Historic Site is open to the public Saturdays and Sundays
10am to 4pm, May through October
Admission is Free!
Contact by phone: (608) 253-3523
Contact by e-mail: reedschool@wisconsinhistory.org 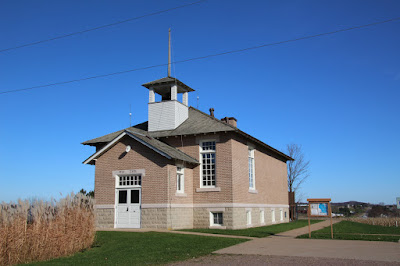 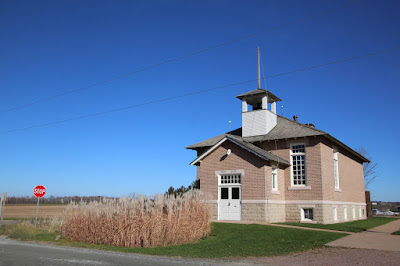 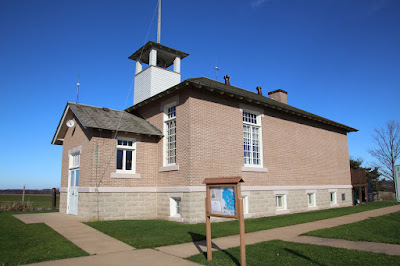 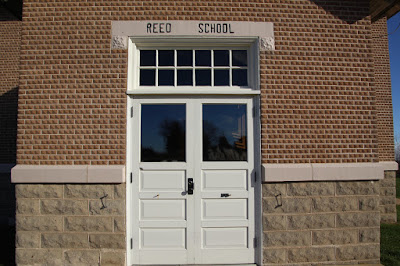 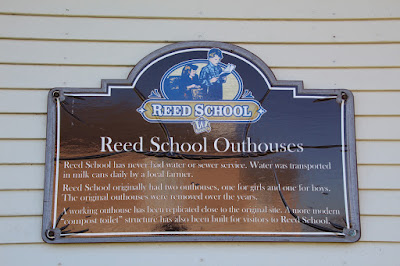 Reed School has never had water or sewer service. Water was transported in milk cans daily by a local farmer.
Reed School originally had two outhouses, one for girls and one for boys. The original outhouses were removed over the years.
A working outhouse has been replicated close to the original site. A more modern "compost toilet" structure has also been built for visitors to Reed School. 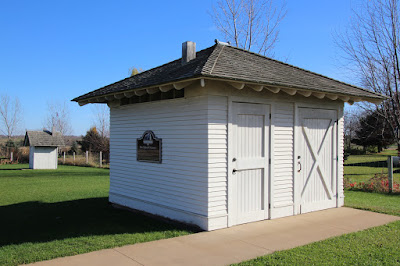 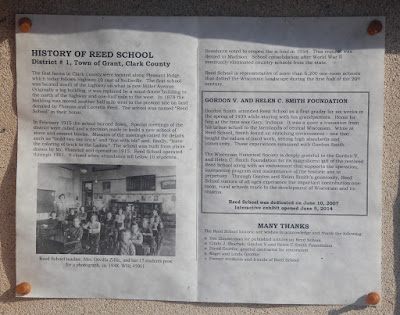 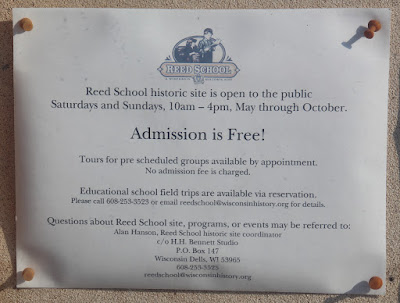 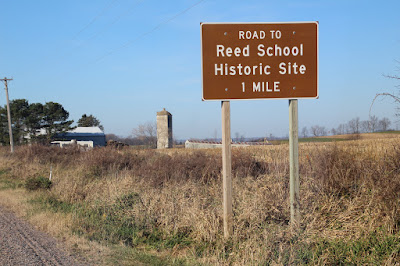 Plenty of signage leading to the Reed School location . . . 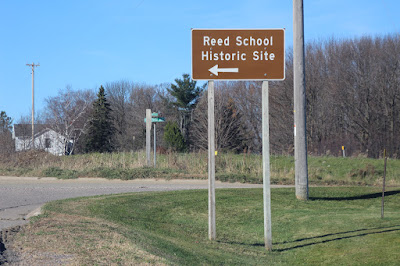 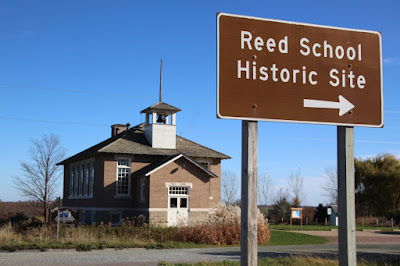 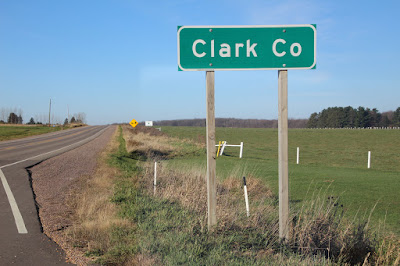