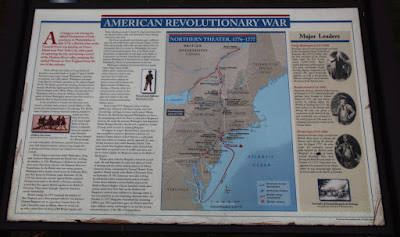 As Congress was issuing the official Declaration of Independence in Philadelphia in July 1886, a British army under General Howe was landing on Staten Island near New York City, with a goal of capturing the city and seizing control of the Hudson River valley, isolating the radical Patriots in New England from the rest of the colonies.
Howe subsequently landed on Long Island and launched a successful attack on August 27 against 10,000 American troops under George Washington, capturing two generals and 1,000 soldiers. Washington evacuated Long Island in a brilliant operation on the night of August 29-30. The British pursued the retreating American forces through Manhattan, fighting pitched battles in October on Harlem Heights and at White Plains, and capturing Forts Washington and Lee along the Hudson. Pursued sluggishly by Howe, Washington retreated into New Jersey in a desperate effort to keep his battered army intact.
In the meantime, in Canada, the Americans were forced to abandon their positions outside Quebec in May and by July had retreated back to Ticonderoga. The British, under Canadian Governor-General Carleton, prepared to march into New York. In October, at the hard-fought Battle of Valcour Island, a makeshift American squadron under Benedict Arnold was defected by a British flotilla on Lake Champlain. Nevertheless, spirited American resistance had delayed Carleton's advance long enough that he postponed further advance and withdrew to winter in Canada.
Howe's failure to decisively defeat Washington, along with Carleton's delay, prevented the British from crushing the rebellion in 1776. Washington withdrew his shattered army across New Jersey and over the Delaware River into Pennsylvania. As the British went into winter quarters, Washington led a surprise attack across the Delaware River into New Jersey on Christmas night, December 25-26, 1776. His forces won victories against British-employed Hessian mercenaries at the Battle of Trenton, and then several days later against British regulars at the Battle of Princeton. These minor triumphs improved American morale dramatically.
British strategy for 1777 remained the isolation of New England, and a three-pronged offensive was planned. General Burgoyne was to move from Canada down the Lake Champlain route to Albany, where he would join up with a mixed force of about 2,000 British regulars and Native Americans under Colonel St. Leger marching down the Mohawk River valley with Howe's forces driving north from New York.
But Howe inexplicably had decided upon a different plan. He left 3,000 troops under General Clinton in New York and personally sailed with the main British force via Chesapeake Bay in an attack on Philadelphia, the home of the Continental Congress. First at the Battle of the Brandywine on September 11 and again at the Battle of Germantown on October 4, the British outflanked and defeated Washington's Continental Army. Easily occupying Philadelphia, Howe set up headquarters in the city.
Washington withdrew his battered forces to nearby Valley Forge, where 11,000 soldiers spent a harsh and trying winter. Exposure, disease, and starvation led to death and desertion which reduced the army to about half its former size. Baron Friedrich Wilhelm von Steuben, a Prussian officer who volunteered his services to the American cause, restored discipline and morale to the rebel forces by training and teaching military tactics.
Early in July 77, Burgoyne's army of almost 9,000 troops advanced south from Canada, took Fort Ticonderoga, and began to move south toward Albany. However, the British had captured Philadelphia too late in the campaigning season for Howe to send aid to Burgoyne's forces in the north. By contrast, Washington had dispatched Daniel Morgan, Benedict Arnold, and a significant number of troops north to assist in stopping Burgoyne.
In August, St. Leger's British/Native American force was compelled to retreat to Montreal in the face of a stubborn Patriot defense of Fort Stanwix, a costly battle with local militia at Oriskany, and the approach of reinforcing American force under Benedict Arnold. That same month New England militias under general John Stark killed or captured most of an 800-man force sent out to secure supplies for Burgoyne's army at the Battle of Bennington.
Despite these setbacks, Burgoyne continued to push south. By mid-September his army had advanced south of Saratoga and was within striking distance of Albany. American forces, commanded by General Horatio Gates, repelled a British assault at the Battle of Freeman's Farm on  September 19. The Americans were able to bring up substantial militia reinforcements, and on October 7 these forces defeated a second British attack at the Battle of Bemis Heights. Clinton launched a futile diversionary attack from New York up the Hudson, but Burgoyne's reduced army withdrew to Saratoga, where it was surrounded by an ever-increasing American force. On October 17, 1777, Burgoyne surrendered his remaining 5,8000 troops. This capitulation gave the Patriots their first major military victory and brought to an end the second, and pivotal, phase of the War of Independence. 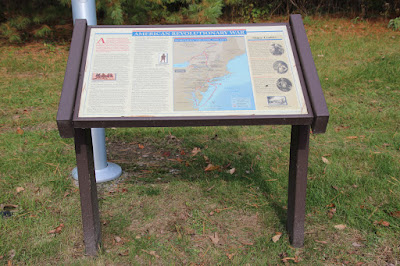 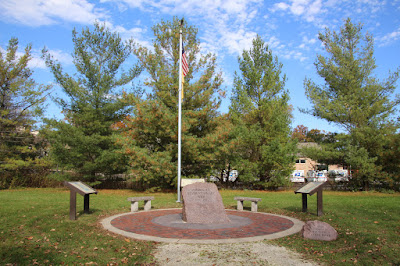 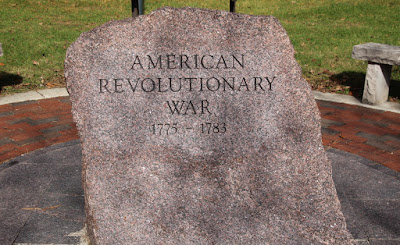 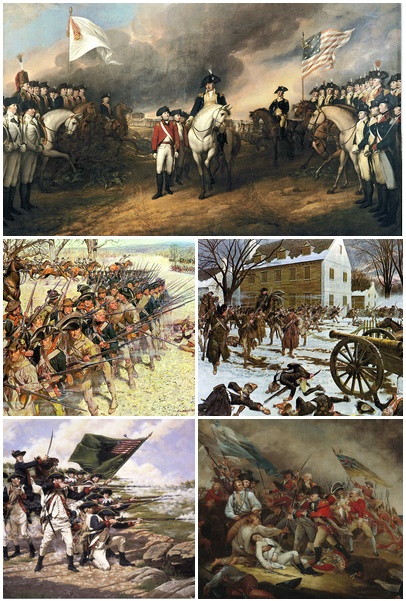 Collection of public domain images of the American Revolutionary War.
Clockwise from top left: Surrender of Lord Cornwallis after the Siege of Yorktown,
Battle of Trenton, The Death of General Warren at the Battle of Bunker Hill,
Battle of Long Island, Battle of Guilford Court House
This media file is in the public domain.
Click here for more information. 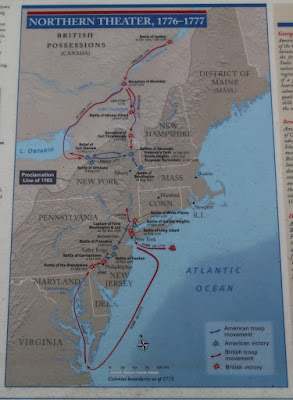 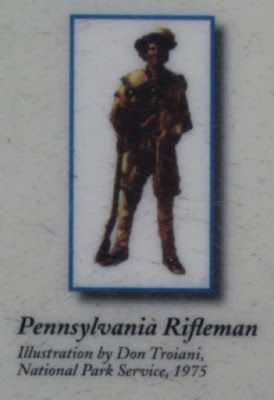 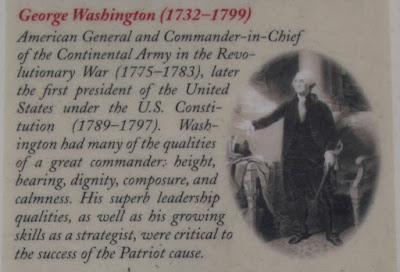 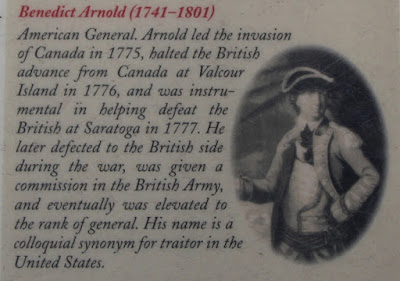 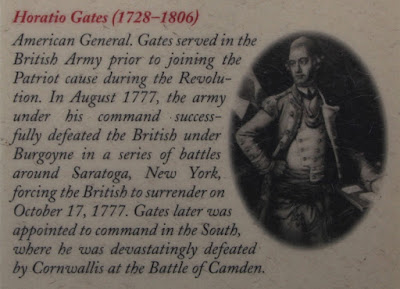 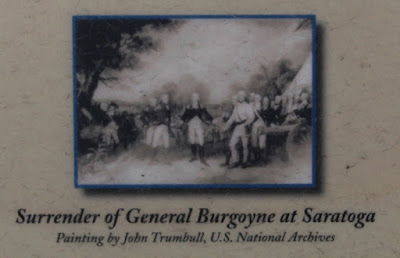 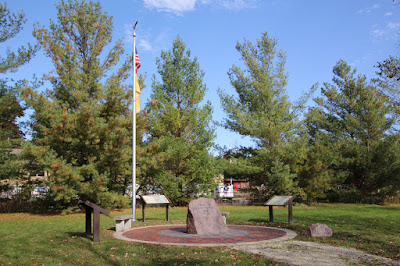 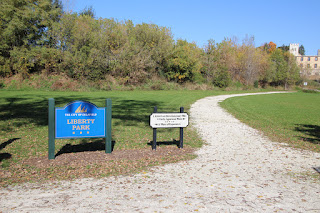 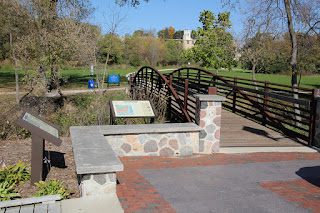 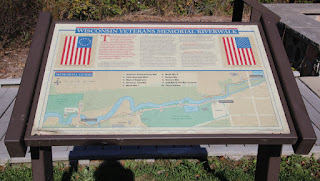 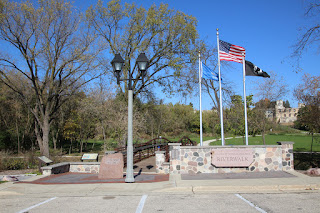