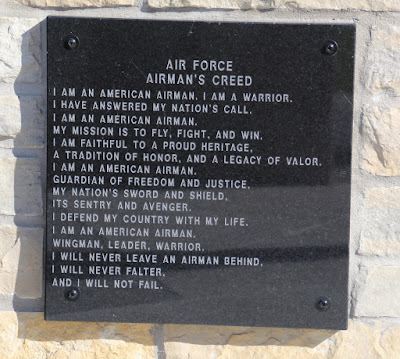 The Airman's Creed was introduced in 2007 by General T. Michael Moseley, Chief of Staff of the US Air Force. In a letter introducing the creed, Moseley wrote that one of his "top priorities" was to "reinvigorate the warrior ethos in every Airman of our Total Force." Thus, the intent of the creed was to enhance the building of a warrior ethos among its Airmen and to provide Airmen a tangible statement of beliefs.

The Airman's Creed helps establish a coherent bond between the members of the USAF. The creed is fueled by the Air Force's heritage and, in the words of Moseley, "the warfighting-focused culture, conviction, character, ethic, mindset, spirit and soul we foster in all Airmen".

The creed has not been without controversy, as it supplanted all other creeds that the Air Force had been using (the NCO Creed, SNCO Creed, the Chief's creed, the First Sergeant's Creed, etc.). 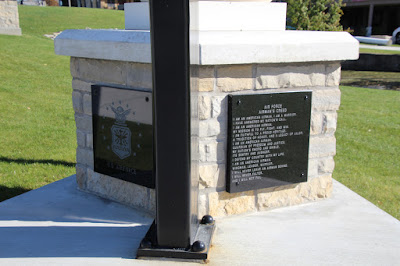 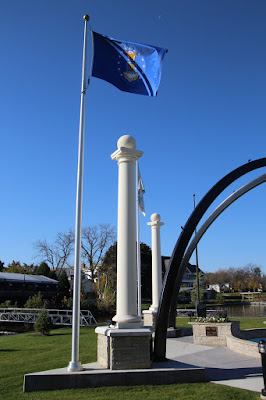 The memorial is at the base of the pillar. 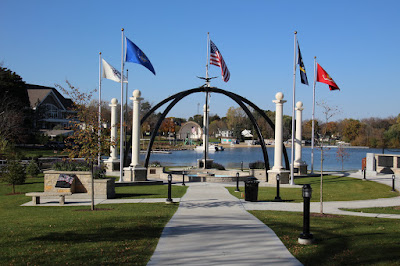 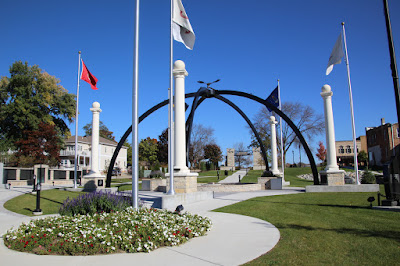 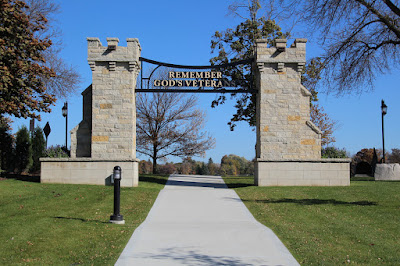 The west side of the entrance / exit. 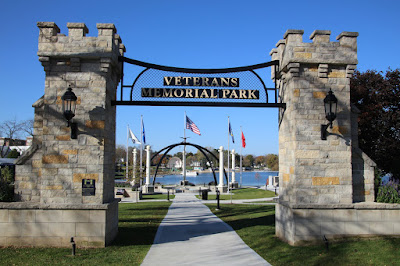 The memorial is located at Veterans Memorial Park. 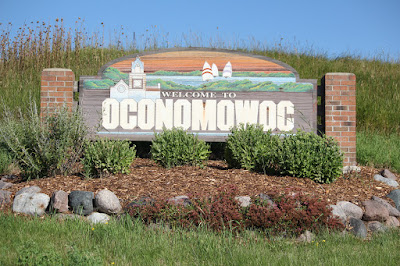 The memorial is located in Oconomowoc, Wisconsin.