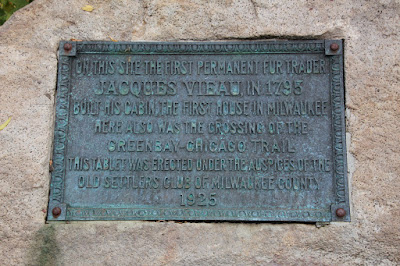 On this site the first permanent fur trader
Jacques Vieau, in 1795
built his cabin, the first house in Milwaukee
Here also was the crossing of the
Green Bay–Chicago Trail
This tablet was erected under the auspices
of the Old Settlers Club of Milwaukee County
1925

The marker is located on the northeast side of Mitchell Park, behind the north end of the Jeremy House Packers Stadium, and is accessible from westbound West Pierce Street, west of its intersection with North 16th Street, at or near 2200-2298 West Pierce Street, Milwaukee, Wisconsin 53204.

NOTE TO ACCESS THE MARKER: Park on West Pierce Street near Jeremy House Packers Stadium. Follow the path to the stadium entrance. Do not enter the stadium. Instead, walk to the left and follow the path behind the black chain-link fence that surrounds the stadium. When you've reached the north end of the stadium, you will see the marker (see photos below).

Jacques Vieau: a Son of Montreal and a Father of European Wisconsin -- Another Perspective of the French and Native Peoples by John Boatman, UW-Milwaukee (September 1997)

The family name was originally De Veau; but as that meant calf or veal, other children would annoy my anscestors in their youth, by bleating in their presence; so the name was changed to Vieau in self-defense. 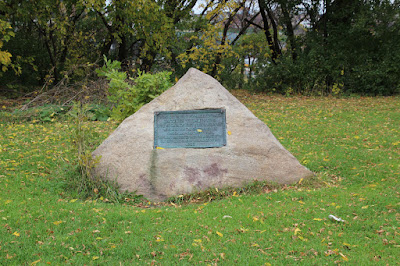 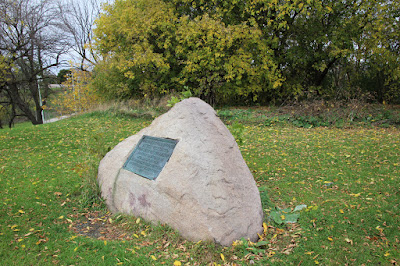 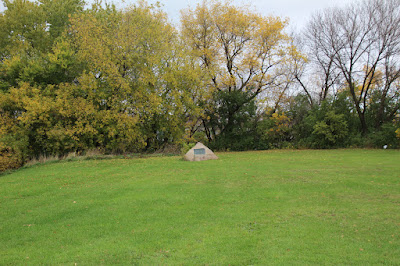 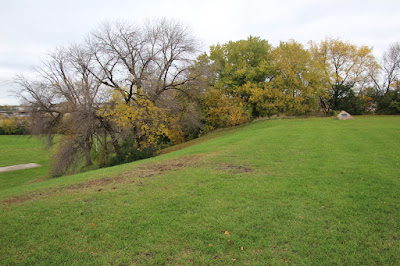 The marker is a top a steep knoll. 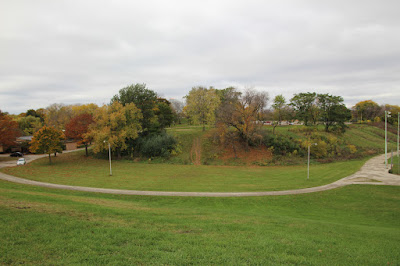 Looking west from the marker location . . . 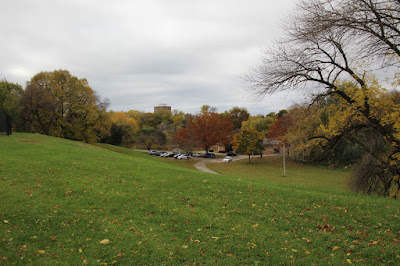 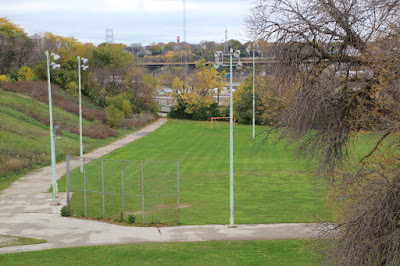 Looking northwest, with the Menomonee River in the distance. 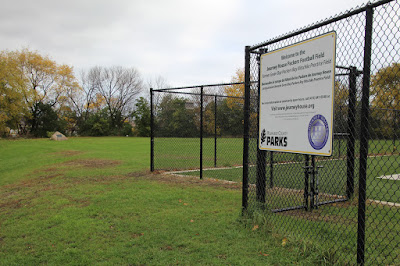 The marker is located near the Jeremy House Packers Stadium
in Milwaukee, Wisconsin.