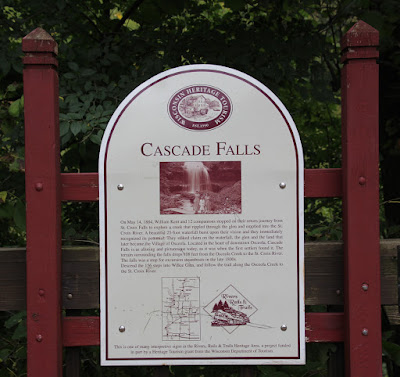 On May 14, 1884, William Kent and 12 companions stopped on their journey from St. Croix Falls to explore a creek that rippled through the glen and emptied into the St. Croix River. A beautiful 25-foot waterfall burst upon their vision and they immediately recognized its potential. They staked claim on the waterfall, the glen and the land that later became the Village of Osceola. Located in the heart of downtown Osceola, Cascade Falls is as alluring and picturesque today, as it was when the first settlers found it. The terrain surrounding the falls drops 108 feet from the Osceola Creek to the St. Croix River. The falls was a stop for excursion steamboats in the late 1800s.

Descend the 156 steps into Wilkie Glen, and follow the trail along the Osceola Creek to the St. Croix River.

This is one of many interpretive signs in the River, Rails & Trails Heritage Area, a project funded in part by a Heritage Tourism grant from the Wisconsin Department of Tourism. 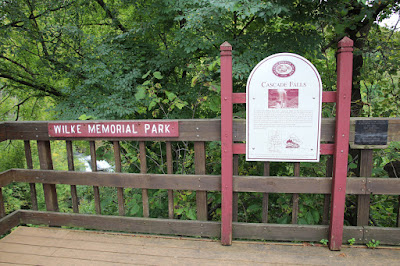 With the falls visible in the background (to the left). 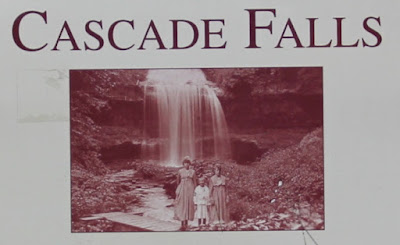 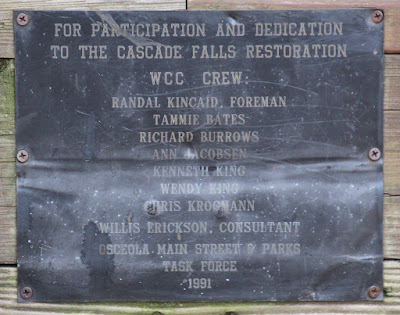 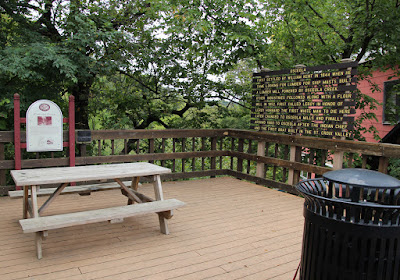 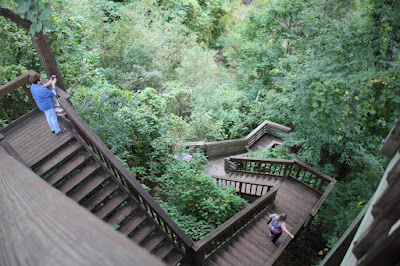 The treacherous steps leading down to the falls. 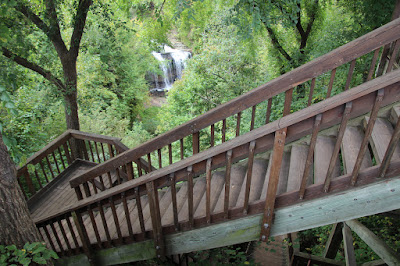 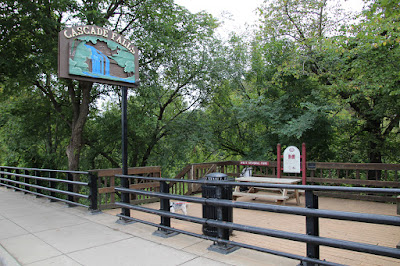 The marker is located at Cascade Falls Park. 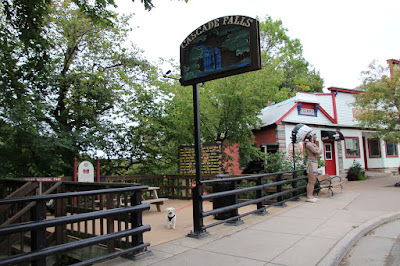 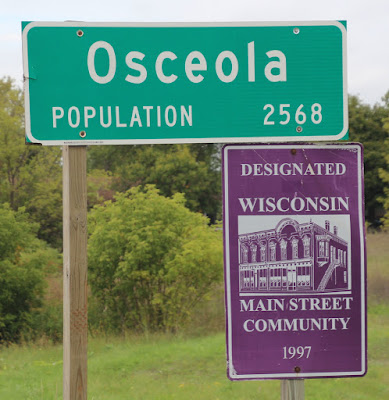