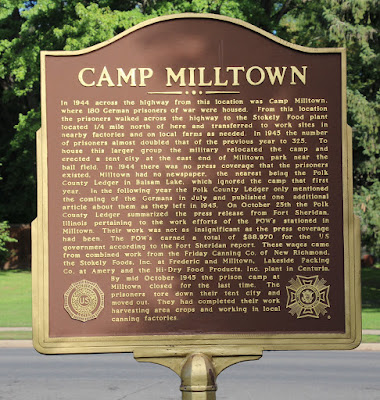 In 1944 across the highway from this location was Camp Milltown, where 180 German prisoners of war were housed. From this location the prisoners walked across the highway to the Stokely Food plant located 1/4 mile north of here and transferred to work sites in nearby factories and on local farms as needed. In 1945 the number of prisoners almost doubled that of the previous year to 325. To house this larger group the military relocated the camp and erected a tent city at the est end of Milltown park [sic] near the ball field.  In 1944 there was no press coverage that the prisoners existed. Milltown had no newspaper, the nearest being the Polk County Ledger in Balsam Lake, which ignored the camp that first year. In the following year the Polk County Ledger only mentioned the coming of the Germans in July and published one additional article about them as they left in 1945. On October 25th the Polk County Ledger summarized the press release from Fort Sheridan, Illinois pertaining to the work efforts of the POW's stationed in Milltown. Their work was not as insignificant as the press coverage had been. The POW'ss earned a total of $88,970 for the US government according to the Fort Sheridan report. These wages came from combined work from the Friday Canning Co. of New Richmond, the Stokely Foods, Inc. at Frederic and Milltown. Lakeside Packing Co. at Amery and the Hi-Dry Food Products, Inc. plant in Centuria. By mid October [sic] 1945 the prison camp at Milltown closed for the last time. The prisoners tore down their tent city and moved out. They have completed their work harvesting area crops and working in local canning factories.

The marker is located on eastbound Wisconsin Highway 35, at its intersection with Bering Street West, Milltown, Wisconsin 54858. 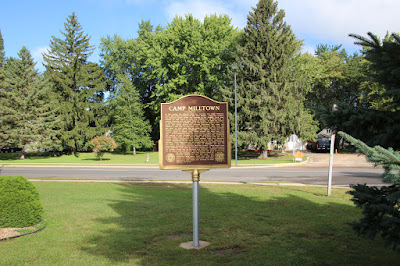 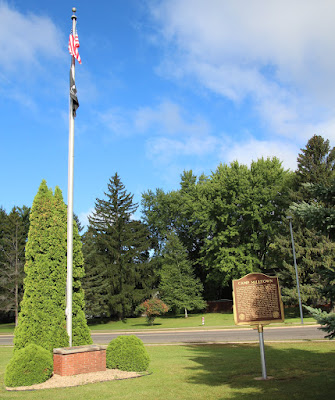 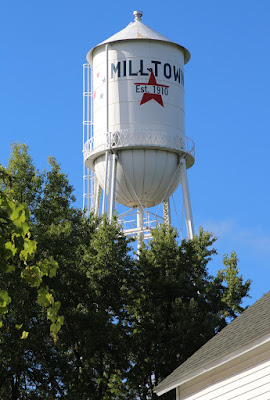 The marker is located in Milltown, Wisconsin.