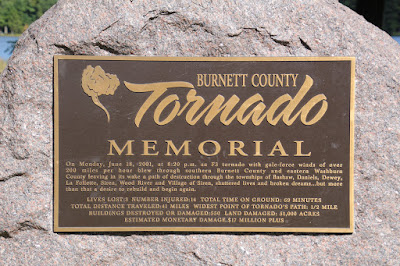 On Monday, June 18, 2001, at 8:20 p.m. an F3 tornado with gale-force winds of over 200 miles per hour blew through southern Burnett County and eastern Washburn County leaving in its wake a path of destruction through the townships of Bashaw, Daniels, Dewey, La Follette, Siren, Wood River and Village of Siren, shattered lives and broken dreams...but more than that a desire to rebuild and began again.

The marker is located at Crooked Lake Park on northbound Park Street,  east of its intersection with Wisconsin State Road 35 / 70, Siren, Wisconsin 54872. 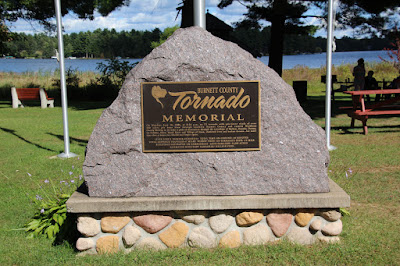 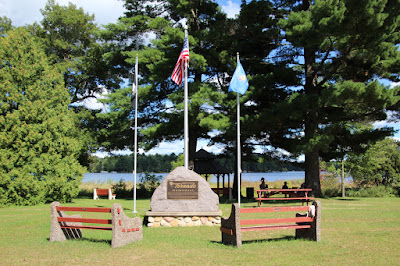 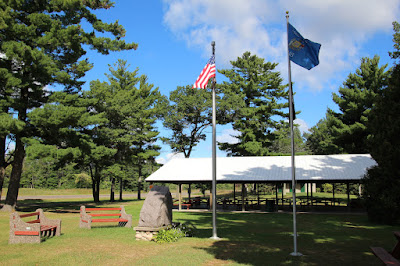 With Park Street visible to the left. 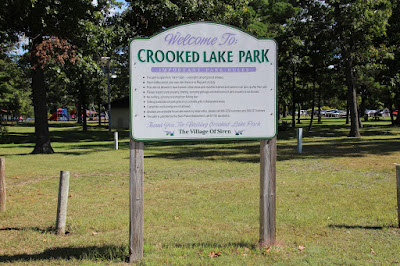 The memorial is located at Crooked Lake Park. 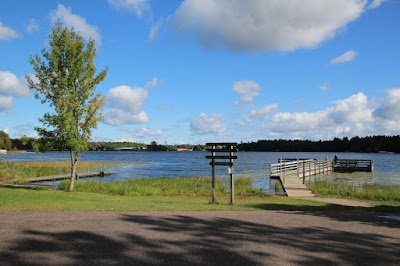 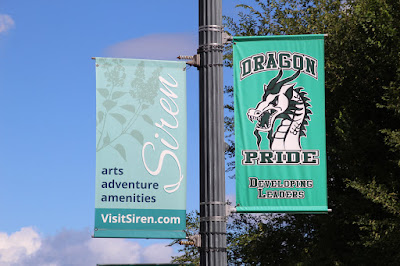 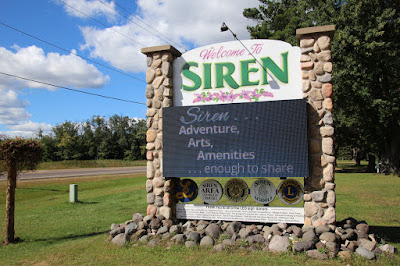 The memorial is located in Siren, Wisconsin.