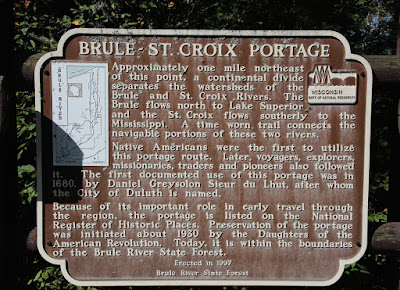 Approximately one mile northeast of this point, a continental divide separates the watersheds of the Brule and St. Croix Rivers. The Brule flows north to Lake Superior and the St. Croix flows southerly to the Mississippi. A time worn trail connects the navigable portions of these two rivers.

Native Americans were the first to utilize this portage route. Later, voyagers, explorers, missionairies, traders and pioneers also followed it. The first documented use of this portage was in 1680, by Daniel Greysolon Sieur du Lhut, after whom the City of Duluth is named.

Because of its important role in early travel through the region, the portage is listed on the National Register of Historic Places. Preservation of the portage was initiated about 1930 by the Daughters of the American Revolution. Today, it is within the boundaries of the Brule River State Forest.

The marker is located at a turnout on southbound County Road A, between County Road P (to the north) and Jersett Road (to the south), Solon Springs, Wisconsin 54873.

See also, The Brule-St. Croix Portage, also at this location. 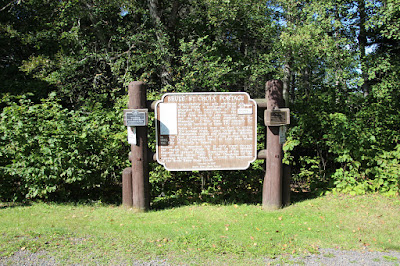 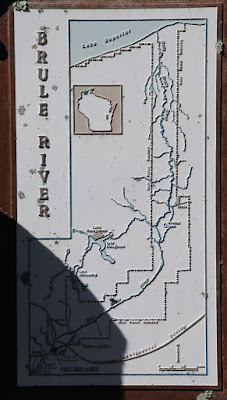 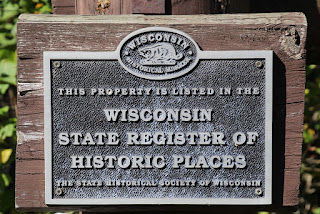 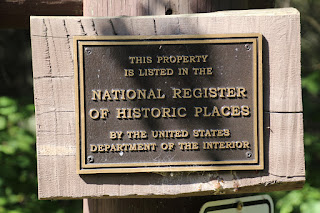 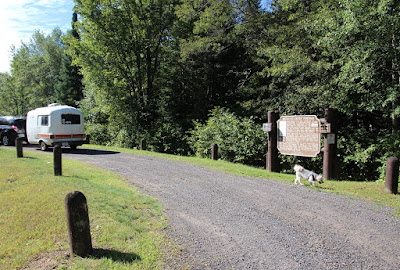 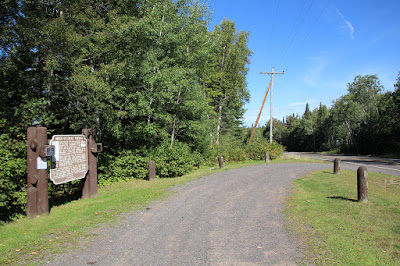 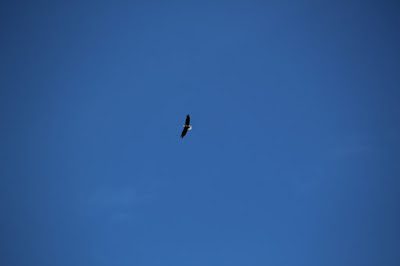 An eagle arrived during my visit. 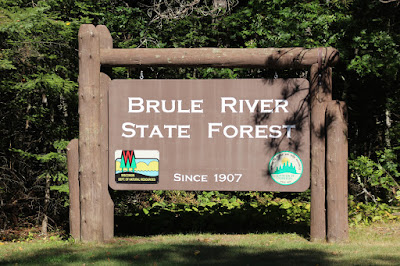 The marker is located inside the Brule River State Forest.