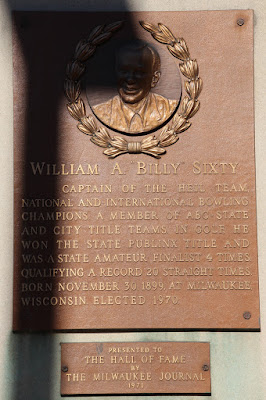 Captain of the Heil Team, National and International Bowling Champions. A member of ABC-State and City Title Teams. In golf, he won the State Publinx Title and was a State Amateur finalist 4 times, qualifying a record 20 straight times. Born November 30, 1899, at Milwaukee, Wisconsin. Elected 1970.

The marker is in this cluster, top right corner.