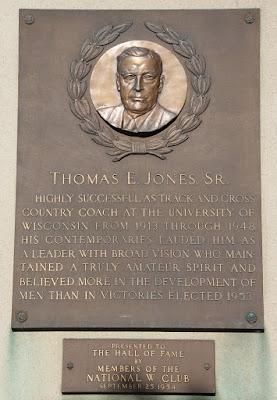 Highly successful as track and cross country coach at the University of Wisconsin from 1913 through 1948. His contemporaries lauded him as a leader with broad vision who maintained a truly amateur spirit and believed more in the development of men than in victories. Elected 1953.