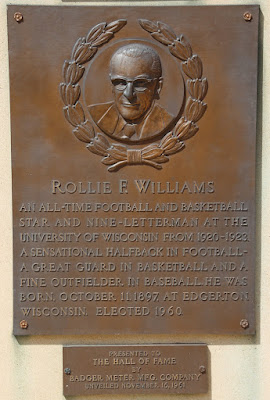 An All-Time football and basketball star and nine-letterman at the University of Wisconsin from 1920-1923. A sensational halfback in football - a great guard in basketball and a fine outfielder in baseball. He was born, October 11, 1897, at Edgerton, Wisconsin. Elected 1960.