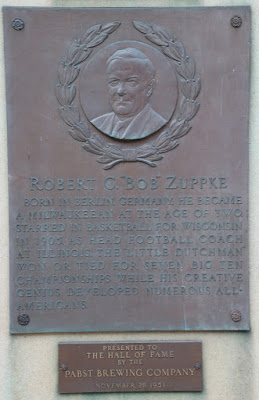 Born in Berlin, Germany, he became a Milwaukeean at the age of two. Starred in basketball for Wisconsin in 1905. As head football coach at Illinois, the "Little Dutchman" won or tied for seven Big Ten Championships while his creative genius developed numerous All-Americans.