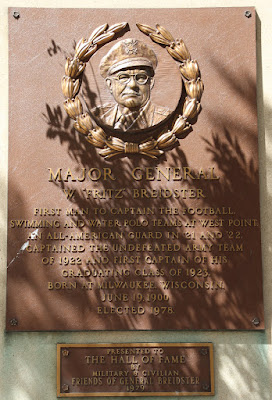 First man to captain the football, swimming and water polo teams at West Point. An All-American Guard in '21 and '22. Captained the undefeated Army team on 1922 and first captain of his graduating class of 1923. Born at Milwaukee, Wisconsin, June 19, 1900. Elected 1978.