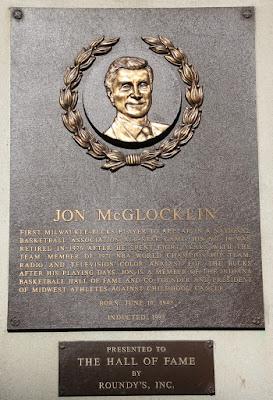 First Milwaukee Bucks player to appear in a National Basketball Association All-Star Game. His no. 14 was retired in 1976 after he spent eight years with the team. Member of 1971 NBA World Championship Team. Radio and television color analyst for the Bucks after his playing days. Jon is a member of the Indiana Basketball Hall of Fame and co-founder and President of Midwest Athletes Against Childhood Cancer. Born: June 10, 1943 Inducted: 1993