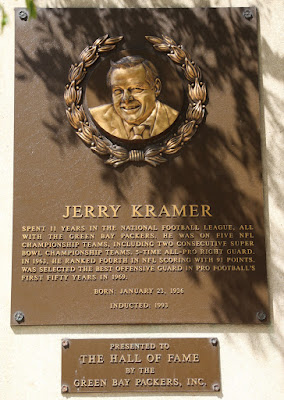 Spent 11 years in the National Football League, all with the Green Bay Packers. He was on five NFL Championship teams, including two consecutive Super Bowl Championship teams. 5-time All-Pro right guard. In 1963, he ranked fourth in NFL scoring with 91 points. Was selected the Best Offensive Guard in Pro Football's first fifty years in 1969. Born: January 23, 1936 Inducted: 1993