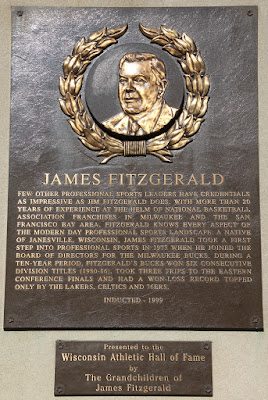 Few other professional sports leaders have credentials as impressive as Jim Fitzgerald does. With more than 20 years of experience at the helm of National Basketball Association franchises in Milwaukee and the San Francisco Bay Area, Fitzgerald knows every aspect of the modern day professional sports landscape. A native of Janesville, Wisconsin, James Fitzgerald took a first step into professional sports in 1973 when he joined the board of directors for the Milwaukee Bucks. During a ten-year period, Fitzgerald's Bucks won six consecutive division titles (1980-1986), took three trips to the Eastern Conference Finals and had a won-loss record topped only by the Lakers, Celtics and 76ers.