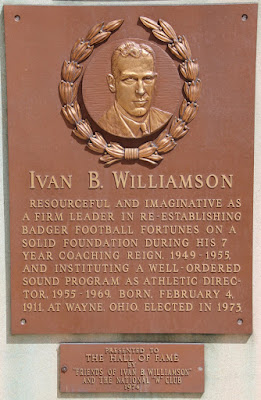 Resourceful and imaginative as a firm leader in re-establishing Badger football fortunes on a solid foundation during his 7 year coaching reign, 1949-1955, and instituting a well-ordered sound program as athletic director, 1955-1969. Born, February 4, 1911, at Wayne, Ohio. Elected in 1973. 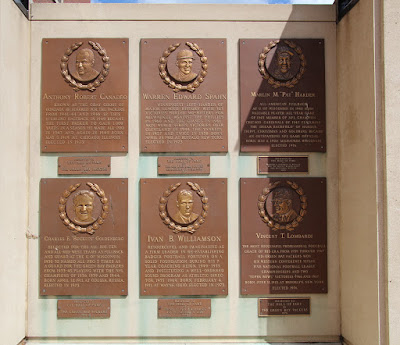 The marker is in this cluster, bottom center.