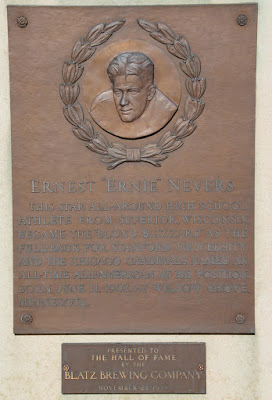 This star all-around high school athlete from Superior, Wisconsin, became the "Blond Blizzard" as the full-back for Stanford University and the Chicago Cardinals. Named an All-Time All-American at his position. Born, June 11, 1903, at Willow Grove, Minnesota.