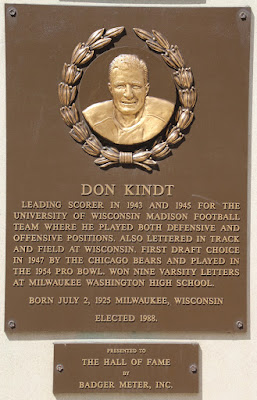 Leading scorer in 1943 and 1945 for the University of Wisconsin Madison football team where he played both defensive and offensive positions. Also lettered in track and field at Wisconsin. First draft choice in 1947 by the Chicago Bears and played in the 1954 Pro Bowl. Won nine varsity letters at Milwaukee Washington High School.