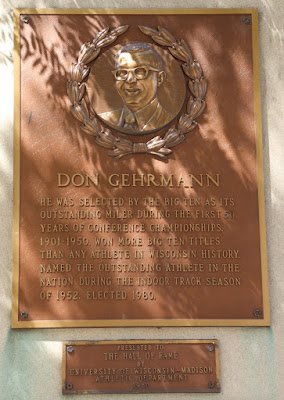 He was selected by the Big Ten as its outstanding miler during the first 50 years of conference championships, 1901-1950. Won more Big Ten titles than any athlete in Wisconsin history. Named the outstanding Athlete in the Nation during the indoor track season of 1952. Elected 1980.