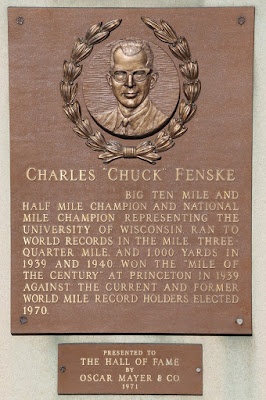 Big Ten Mile and Half Mile Champion and National Mile Champion representing the University of Wisconsin. Ran to world records in the mile, three-quarter mile, and 1,000 yards in 1939 and 1940. Won the "Mile of the Century" at Princeton in 1939 against the current and former world mile record holders. Elected 1970.

The marker is in this cluster -- bottom row, second from the left.