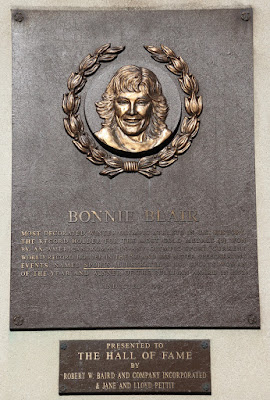 Most decorated Winter Olympic athlete in U.S. history. The record holder for the most gold medals (5) won by an American woman in any Olympic sport current world record holder in the 500 and 1000 meter speed skating events. Names Sports Illustrated's 1994 Sports Woman of the Year and winner of the Sullivan Award in 1992. Inducted 1995.