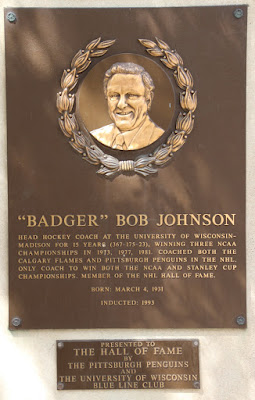 Head hockey coach at the University of Wisconsin-Madison for 15 years (367-175-23), winning three NCAA Championships in 1973, 1977, 1981. Coached both the Calgary Flames and Pittsburgh Penguins in the NHL. Only coach to win both the NCAA and Stanley Cup Championships. Member of the NHL Hall of Fame.