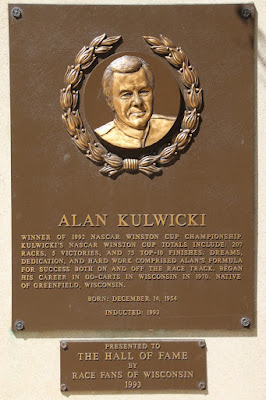 Winner of 1992 NASCAR Winston Cup Championship. Kulwicki's NASCAR Winston Cup totals include: 207 races, 5 victories, and 75 top-10 finishes. Dreams, dedication, and hard work comprised Alan's formula for success both on and off the race track. Began his career in go-carts in Wisconsin in 1970. Native of Greenfield, Wisconsin. Born: December 14, 1954 Inducted: 1993.