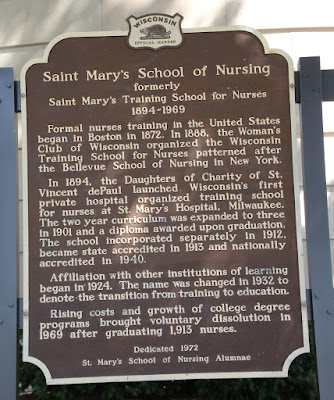 Formal nurses training in the United States began in Boston in 1872. In 1888, the Women's Club of Wisconsin organized the Wisconsin Training School for Nurses patterned after the Bellevue School of Nursing in New York.

In 1894, the Daughters of Charity of St. Vincent dePaul launched Wisconsin's first private hospital organized training school for nurses at St. Mary's Hospital, Milwaukee. The two year curriculum was expanded to three in 1901 and a diploma awarded upon graduation. The school incorporated separately in 1912, became state accredited in 1913 and nationally accredited in 1940.

Affiliation with other institutions of learning began in 1924. The name was changed in 1932 to denote the transition from training to education.

The marker was placed at St. Mary's Hospital to commemorate the hospital's founding as St. John's Infirmary 125 years earlier. 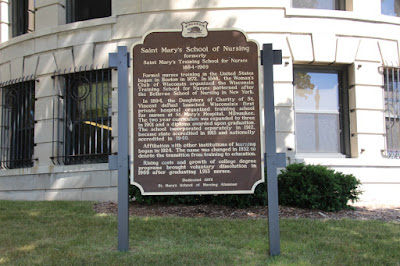 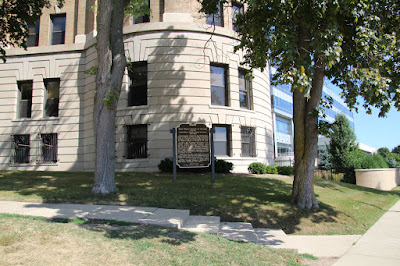 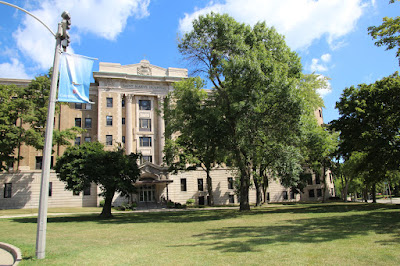 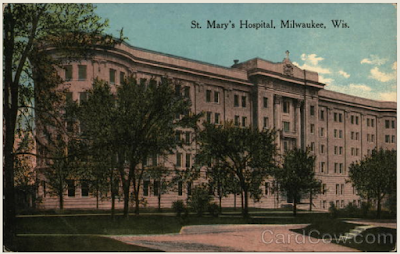 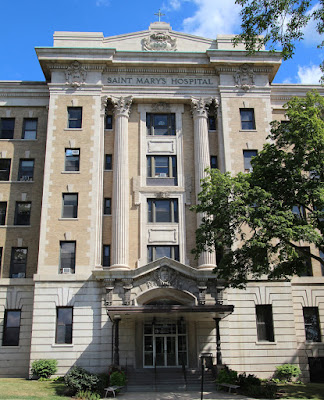 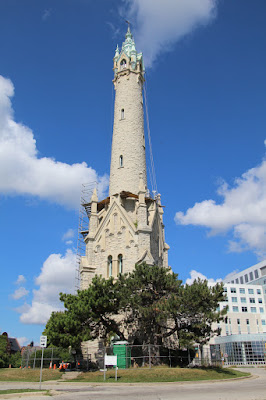 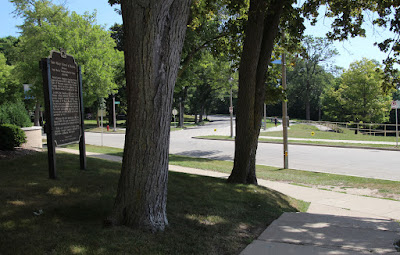 Loads of parking at this marker location.
The marker is located in Milwaukee, Wisconsin.