Hank Aaron State Trail: The Machine Shop of the World 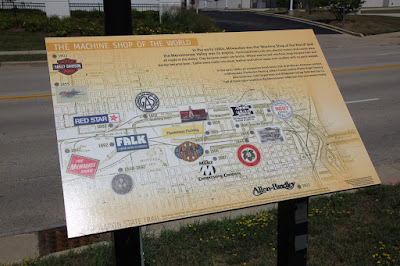 THE MACHINE SHOP OF THE WORLD

In the early 1900s, Milwaukee was the "Machine Shop of the World" and the Menomonee Valley was its engine. Farm machinery, rail cars, electric motors and cranes were all made in the Valley. Clay became cream city bricks. Wheat was turned into flour, hogs became ham and barley became beer. Cattle were made into meat, leather and tallow (soap and candles) with no parts wasted.

In the early 1900s, six companies hired nearly 75% of all African-American workers in Milwaukee: Plankinton Packing, Albert Trostel leather, Pfister-Vogel Tannery, Allis Chalmers, Falk Corporation and Milwaukee Solvay Coke and Gas Co. Half of these were located in the Menomonee Valley but only one remains today.

The marker is located along the Hank Aaron State Trail and is accessible from eastbound Canal Street, east of its intersection with Selig Drive, Milwaukee, Wisconsin 53214. 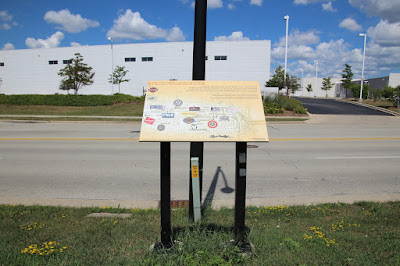 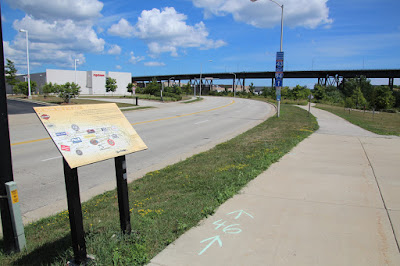 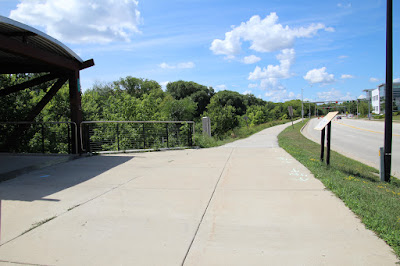 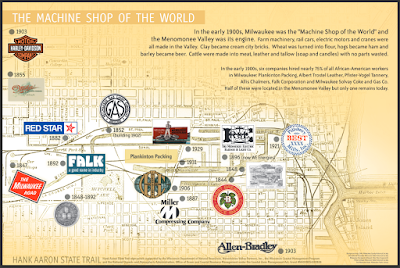