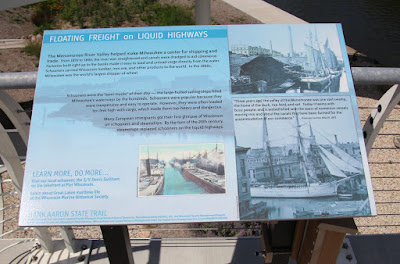 The Menomonee River Valley helped make Milwaukee a center for shipping and trade. From 1870 to 1890, the river was straightened and canals were dredged to aid commerce. Factories built right up to the banks make it easy to load and unload cargo directly from the water. Schooners carried Wisconsin lumber, iron ore, and other products to the world. In the 1860s Milwaukee was the world's largest shipper of wheat.

Schooners were the "semi trucks" of their day - the large-hulled sailing ships filled Milwaukee's waterways by the hundreds. Schooners were popular because they were inexpensive and easy to operate. However, they were often loaded ten feet high with cargo, which made them top-heavy and dangerous.

Many European immigrants got their first glimpse of Wisconsin on schooners and steamships. By the turn of the 20th century, steamships replaced schooners on the liquid highways.

"Three years ago, the valley of the Menomonee was one vast swamp, the home of the duck, rice-bird, and rail. Today it teems with busy people and is embellished with the spars of numerous vessels moving into and about the canals that have been formed for the accommodation of our commerce."

The marker is located along the Hank Aaron State Trail and is accessible from the westernmost end of West Freshwater Way, west of its intersection with South 3rd Street, Milwaukee, Wisconsin 53204.

NOTE: There is no parking at the marker location. Park at the west end of West Freshwater Way to walk along the trail to where the marker is located (see photos below). 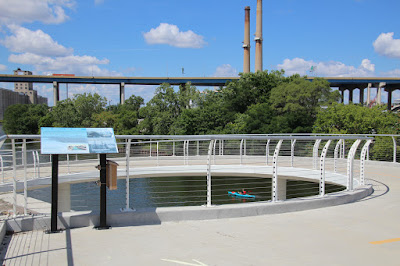 Looking west, with the Menomonee River
and U.S. Route 43 bridge in the distance. 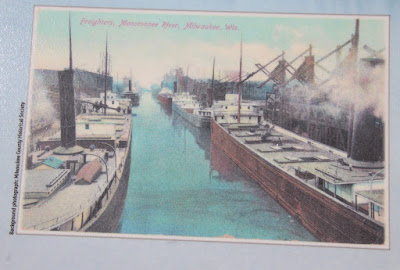 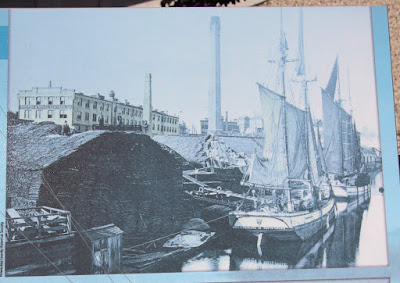 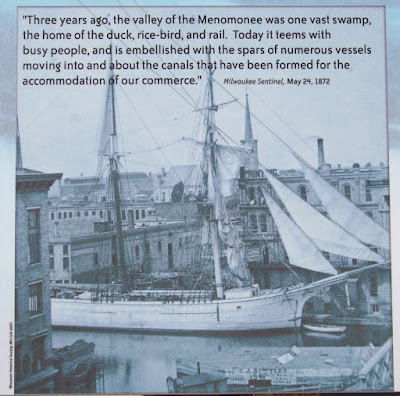 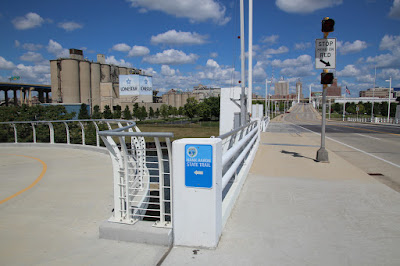 Looking north from the marker location along South 6th Street.
The marker is located on the Hank Aaron State Trail. 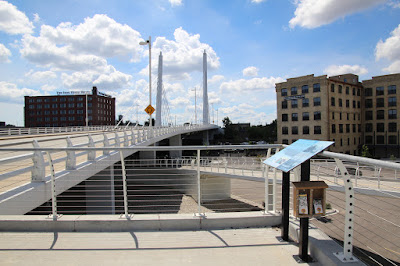 Looking south from the marker location along South 6th Street. 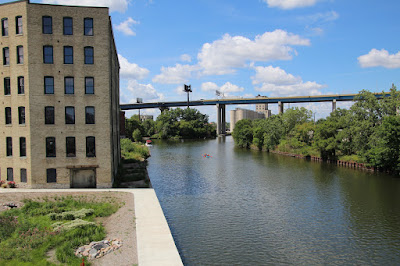 Looking north at the Menomonee River and U.S. 43. 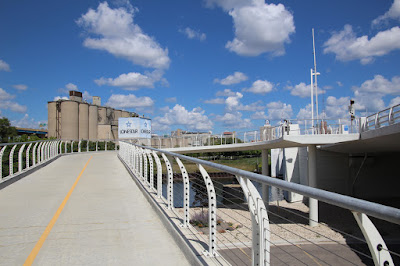 The ramp leading to the marker location (the platform top right). 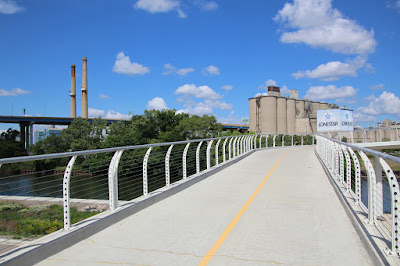 The ramp leading to the marker location. 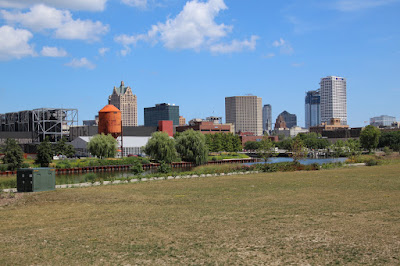 Looking northeast-- view of the Milwaukee skyline
from the ramp leading to the marker location. 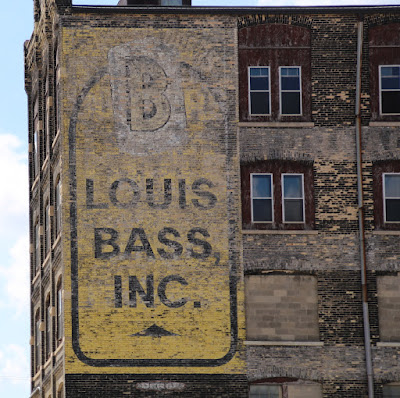 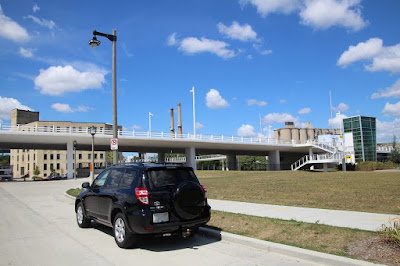 Plenty of parking at the cul du sac at the end of  West Freshwater Way.
A path leads under the bridge to access the marker
(not the ramp visible to the right in this photo).