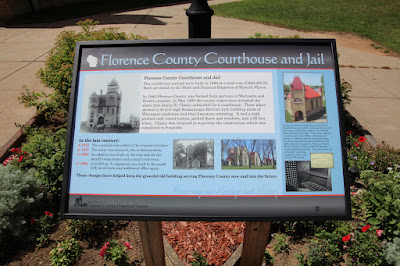 Florence County Courthouse and Jail
The courthouse and jail were built in 1889 at a cost of $28,282.83. Both are listed on the State and National Registers of Historic Places.
In 1882 Florence County was formed from portions of Marinette and Oconto counties. In May 1889 the county supervisors accepted the plans that James E. Clancy submitted for a courthouse. These plans showed a 40 foot [sic] high Romanesque Revival style [sic] building made of Wisconsin sandstone and blue limestone trimming. It had a high pitched roof, round turrets, arched doors and windows, and a 65 foot [sic] tower. Clancy was retained to supervise the construction which was completed in 8 months.

Clancy also drew up plans for a small jail. It featured two steel cells for mean and an iron cell for women, which were made by the Diebold Safe and Lock Co [sic] of Ohio. The county stopped using the jail in the 1930's. After years of disuse, in 2006 an exterior renovation of the jail was completed through the efforts of the Jeffris Family Foundation, Florence County Board, Florence Utilities and the Florence County Historical Society. That preserved one of the two remaining examples of this type of jail in Wisconsin.

In the last century:
1921 The vestibule was added to the original entrance.
1941 The tower was removed, due to deterioration.
1963 An addition was built on the east side for the sheriff's department and a small courtoom.
1994 A 10,000 sq. ft. expansion was built to the south with an elevator and additional office space.

These changes have helped keep the graceful old building serving Florence County now and into the future.

The marker is located at the west-side entrance to the Florence County Courthouse, and is accessible from westbound Lake Avenue, between Chapin Street (to the west) and Cyclops Street (to the east), at or near 501 Lake Avenue, Florence, Wisconsin 54121. 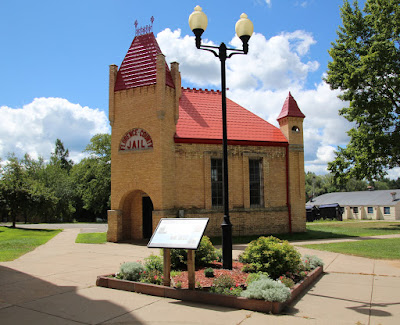 With the jail in the background. 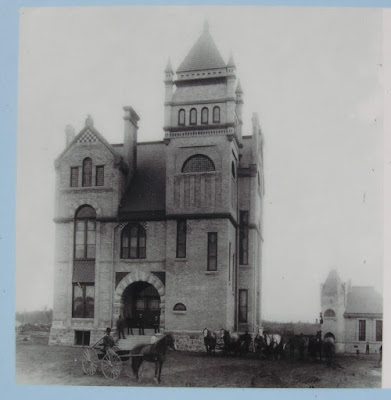 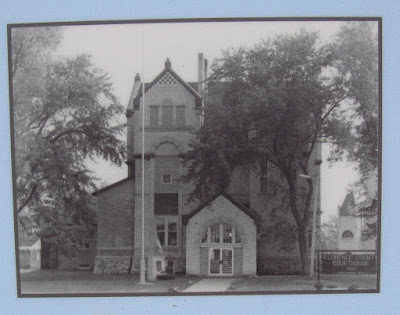 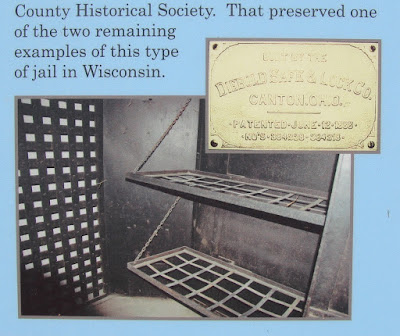 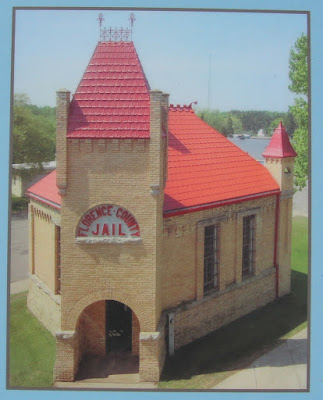 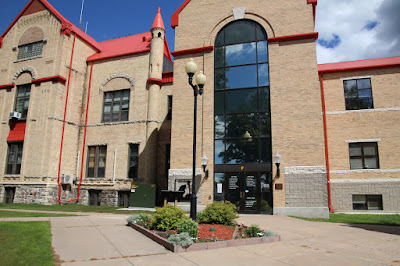 The west side of the building,
with the marker visible in the center of the photo
(to the left of the lamp pole). 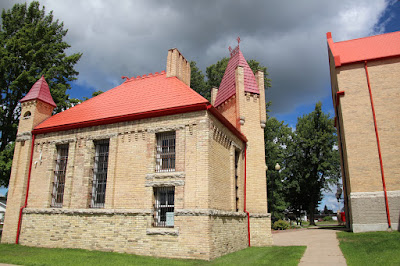 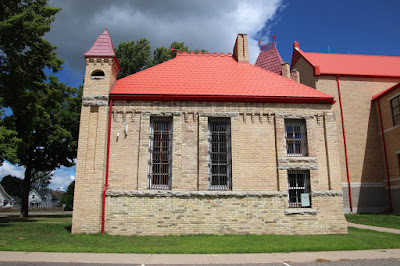 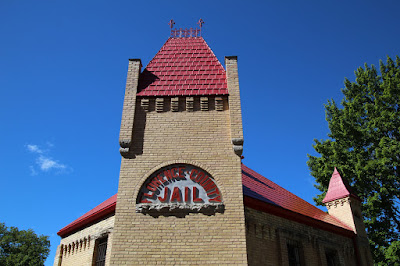 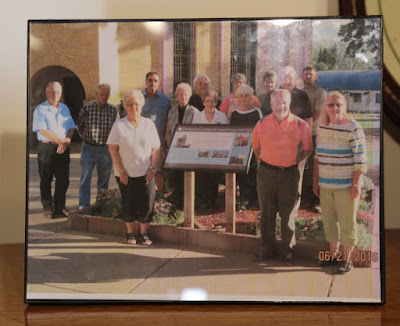 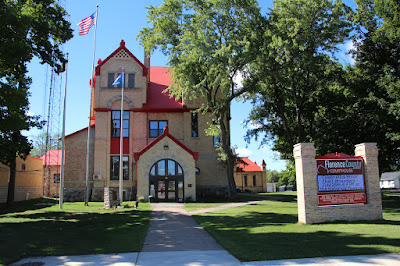 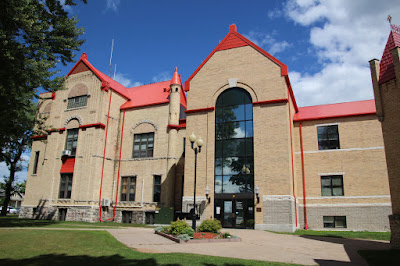 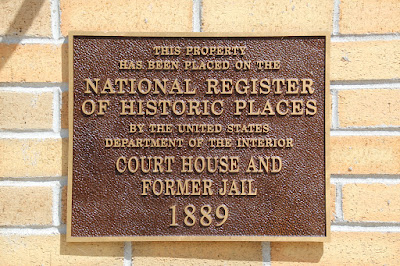 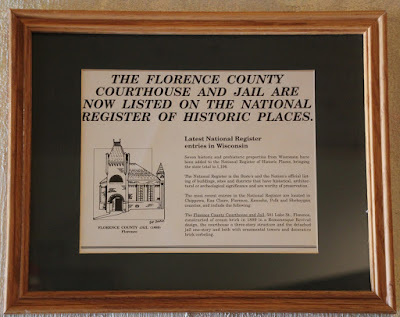 The property is listed on the
National Register of Historic Places: Wisconsin.
Permission to photograph generously granted
by Florence County Historical Society. 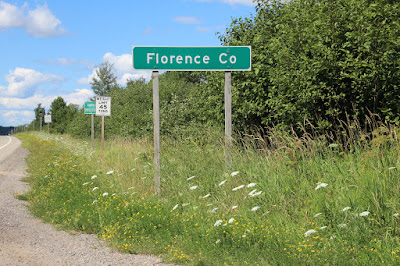 The courthouse and jail are located in Florence, Wisconsin.