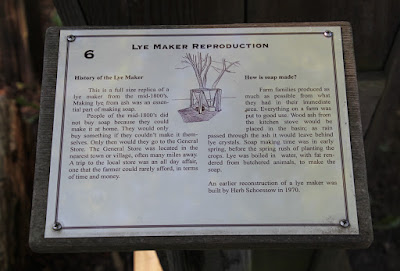 History of the Lye Maker

This is a full size replica of a lye maker from the mid-1800's. Making lye from ash was an essential part of making soap.

People of the mid-1800's did not buy soap because they could make it at home. They would only buy something if they couldn't make it themselves. Only then would they go to the General Store. The General Store was located in the nearest town or village, often many miles away. A trip to the local store was an all day affair, one that the farmer could rarely afford, in terms of time and money.

How is soap make?

Farm families produced as much as possible from what they had in their immediate area. Everything on a farm was put to good use. Wood ash from the kitchen stove would be placed in the basin; as rain passed through the ash it would leave behind lye crystals. Soap making time was in early spring, before the spring rush of planting the crops. Lye was boiled in water, with fat rendered from butchered animals, to make the soap.
An earlier reconstruction of a lye maker was built by Herb Schoessow in 1970. 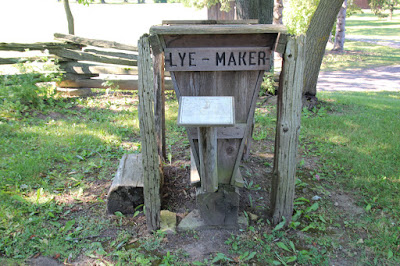 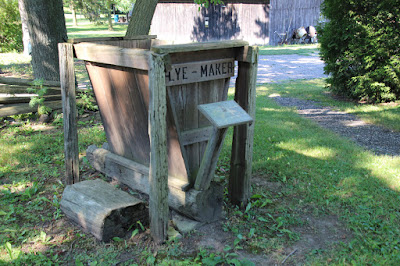 The Lye Maker is located at Trinity-Freistadt Historical Site
in Mequon, Wisconsin.