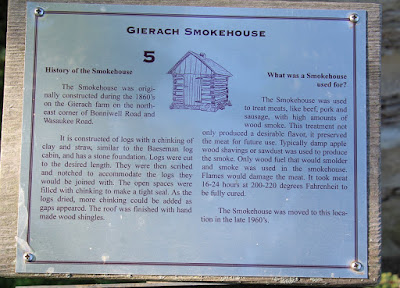 History of the Smokehouse

The Smokehouse was originally constructed during the 1860's on the Gierach farm on the northeast corner of Bonniwell Road and Wasaukee Road.

It is constructed of logs with a chinking of clay and straw, similar to the Baeseman log cabin, and has a stone foundation. Logs were cut to the desired length. They were then scribed and notched to accommodate the logs they would be joined with. The open spaces were filled with chinking to make a tight seal. As the logs dried, more chinking could be added as gaps appeared. The roof was finished with hand made wood shingles.

What was a Smokehouse used for?

The Smokehouse was used to treat meats, like beef, pork and sausage, with high amounts of wood smoke. This treatment not only produced a desirable flavor, it preserved meat for future use. Typically damp apple wood shavings or sawdust was used to produce the smoke. Only wood fuel that would smolder and smoke was used in the smokehouse. Flames would damage the meat. It took meat 16-24 hours at 200-220 degrees Fahrenheit to be fully cured.

The Smokehouse was moved to this location in the late 1960's. 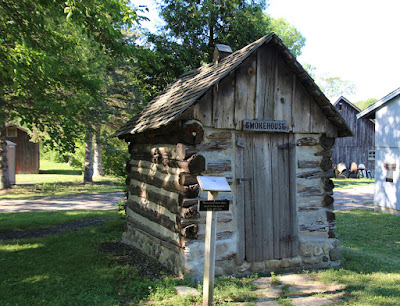 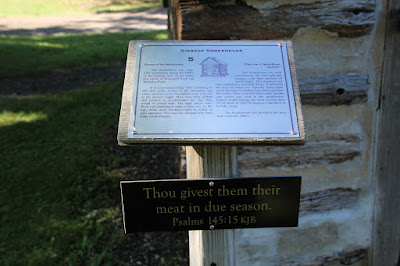 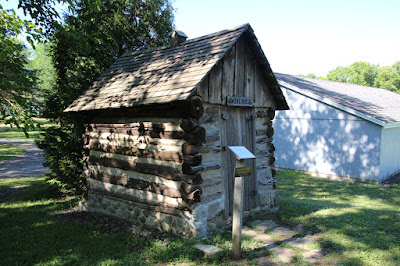