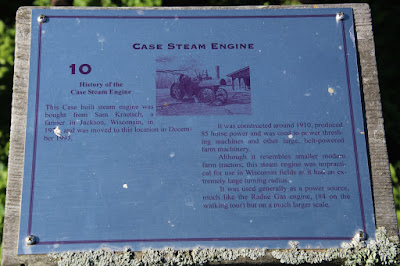 History of the Case Steam Engine

This Case built steam engine was bought from Sam Kraetsch, a farmer in Jackson, Wisconsin, in 197__, and was moved to this location in December 1993.

It was constructed around 1910, produced 85 horse power and was used to power threshing machines and other large, belt-powered farm machinery.

Although it resembles smaller modern farm tractors, this steam engine was impractical for use in Wisconsin fields as it had an extremely large turning radius.

It was used generally as a power source, much like the Radue Gas engine, (#4 on the walking tour) but on a much larger scale. 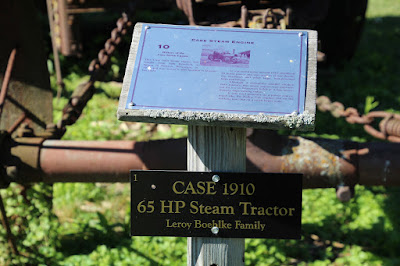 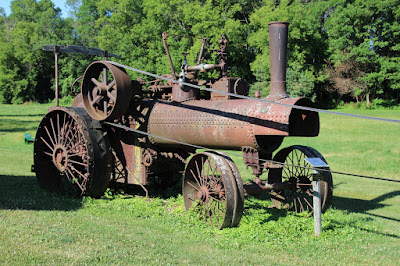 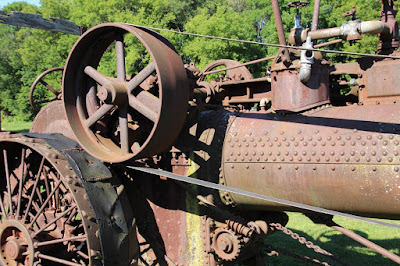 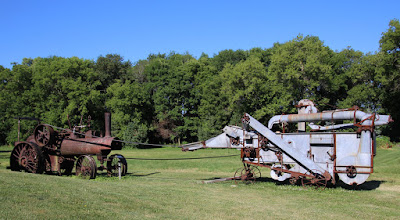 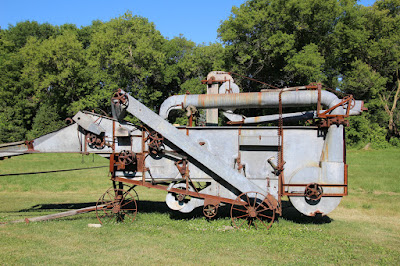 Some other pieces of farm equipment at the site: 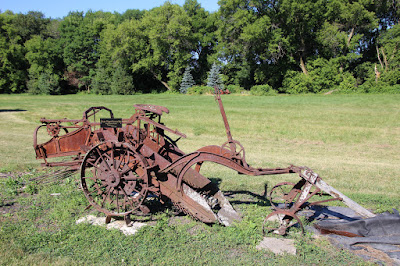 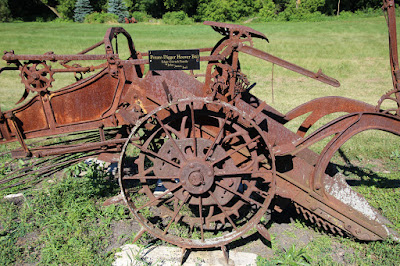 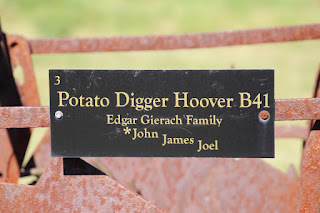 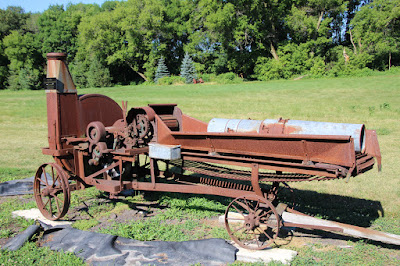 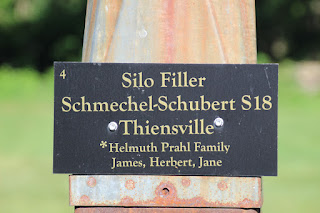 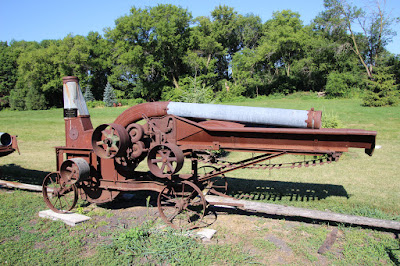 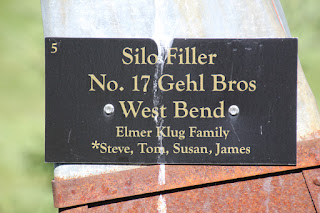 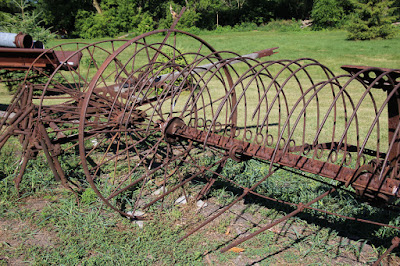 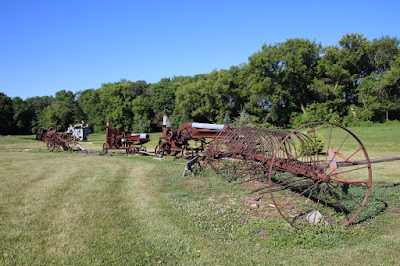