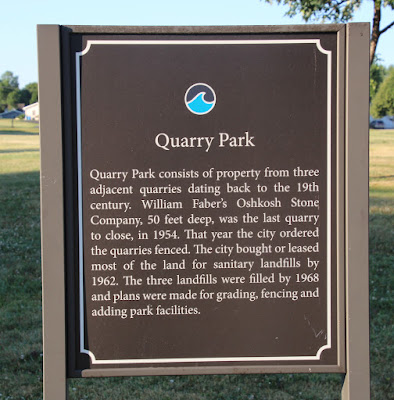 Quarry Park consists of property from three adjacent quarries dating back to the 19th century. William Faber's Oshkosh Stone Company, 50 feet deep, was the last quarry to close, in 1954. That year the city ordered the quarries fenced. The city bought or leased most of the land for sanitary landfills by 1962. The three landfills were filled by 1968 and plans were made for grading, fencing and adding park facilities.

The marker is located at the Quarry Park parking lot and is accessible from eastbound Florida Avenue, east of its intersection with Knapp Street, Oshkosh, Wisconsin 54902. 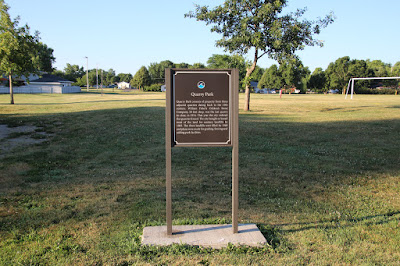 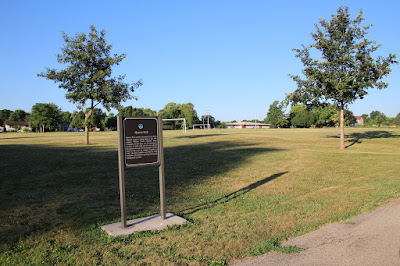 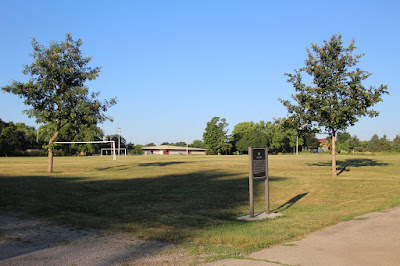 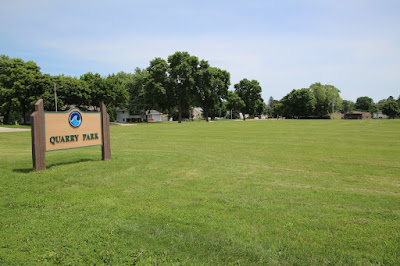 The marker, in the distance next to the building on the right,
is located at Quarry Park in Oshkosh, Wisconsin.