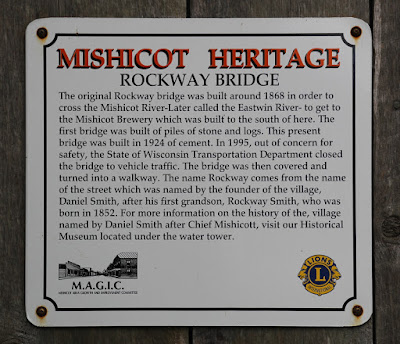 The Original Rockway bridge was built around 1868 in order to cross the Mishicot River - Later [sic] called the Eastwin River - to get to the Mishicot Brewery which was built to the south of here. The first bridge was built of piles of stone and logs. This present bridge was built in 1924 of cement. In 1995, out of concern for safety, the State of Wisconsin Transportation Department closed the bridge to vehicle traffic. The bridge was then covered and turned into a walkway. The name Rockway comes from the name of the street which was named by the founder of the village, Daniel Smith, after his first grandson, Rockway Smith, who was born in 1852. For more information on the history of the, [sic] village named by Daniel Smith after Chief Mishicott, visit our Historical Museum located under the water tower.

The marker is located on the north side of the Rockway bridge where it deadends at the Mishicot River, and is accessible from the southern end of Rockway Street, south of its intersection with East Main Street, / Wisconsin Highway 147 Mishicot, Wisconsin 54228. 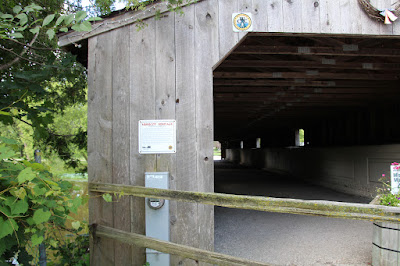 The small marker is affixed to the north side of the bridge. 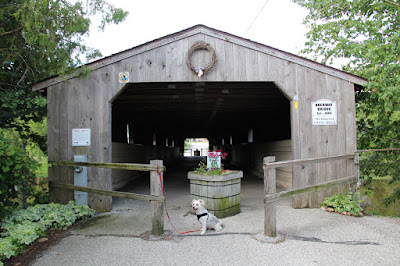 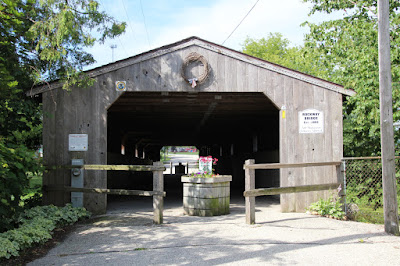 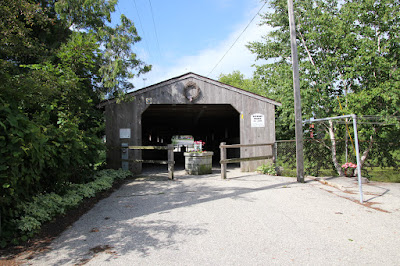 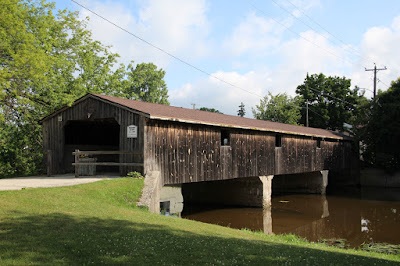 The east side of the bridge, crossing the Mishicot River. 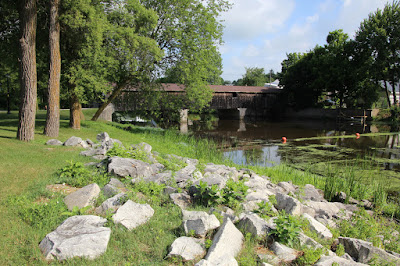 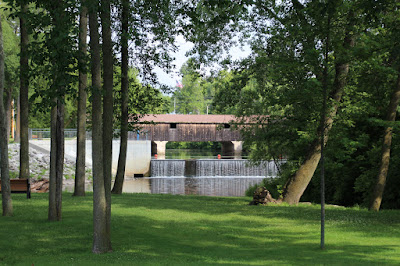 With the Mishicot Dam in the foreground. 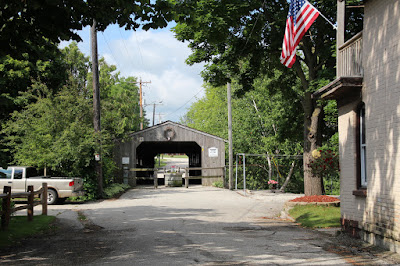 The bridge is at the southern end of Rockway Street. 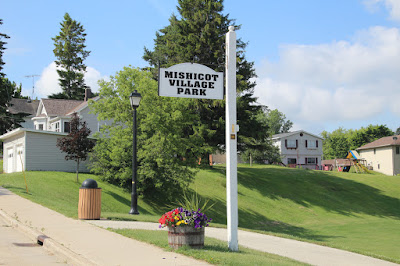 The bridge is an entrance to Mishicot Village Park.

The Rockway Bridge is located in Mishicot, Wisconsin.