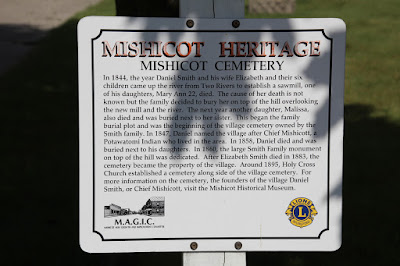 In 1844, the year Daniel Smith and his wife Elizabeth and their six children came up the river from Two Rivers to establish a sawmill, one of his daughters, May Ann 22, died. The cause of her death is not known but the family decided to bury her on top of the hill overlooking the new mill and the river. The next year another daughter, Malissa, also died and was buried next to her sister. This began the family burial plot and was the beginning of the village cemetery owned by the Smith family. In 1847, Daniel named the village after Chief Mishicott, a Potawatomi Indian who lived in the area. In 1858, Daniel died and was buried next to his daughters. In 1860, the large Smith Family monument on top of the hill was dedicated. After Elizabeth Smith died in 1883, the cemetery became the property of the village. Around 1895, Holy Cross Church established a cemetery along side of the village cemetery. For more information on the cemetery, the founders of the village Danial Smith, or Chief Mishicott, visit the Mishicot Historical Museum.

The marker is located at the entrance to the Mishicot Cemetery and is accessible from westbound East Main Street / Wisconsin Highway 147, at its intersection with North State Street, Mishicot, Wisconsin 54228. 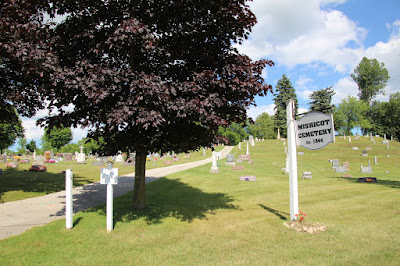 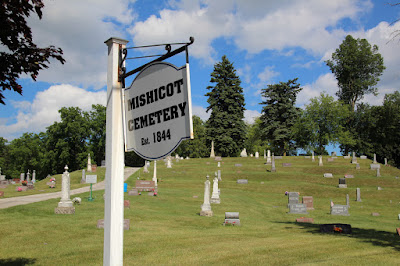 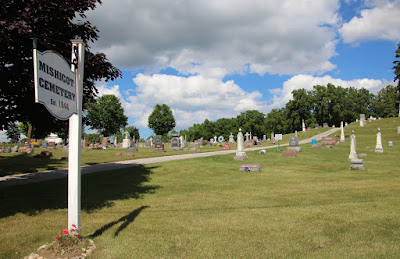 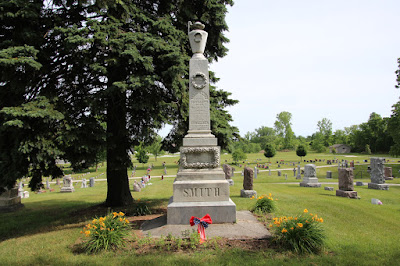 The gravesite of one of Mishicot's founders, Daniel Smith,
is located at top of the knoll. 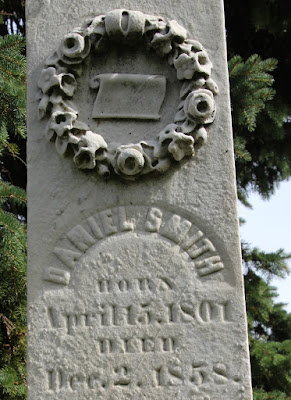 Click here to learn more about The Daniel Smith Family.