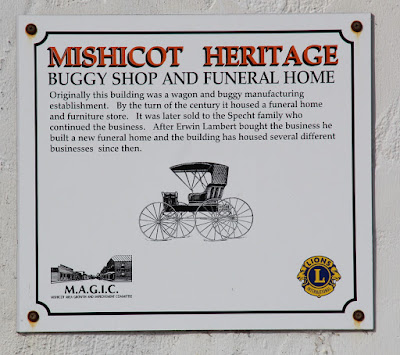 Originally this building was a wagon and buggy manufacturing establishment. By the turn of the century it housed a funeral home and furniture store. It was later sold to the Specht family who continued the business. After Erwin Lambert bought the business he built a new funeral home and the building has housed several different businesses since then. 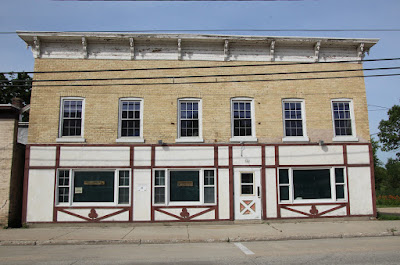 I had no idea this marker was here. My great grandfather August Specht owned that business. I will have to come check it out one of these days.
Steve Specht

Thank you for your comment, Steve! Very nice to hear from a Specht family member. Be sure to stop by the Mishicot Historical Museum and Research Center when you come to visit. I'll bet they'll have more information about your great-grandfather August Specht. This marker is one in a series placed by the Museum, a very nice way to learn the history of this charming Village: http://www.mishicothistoricalmuseum.org/p/our-historical-markers.html