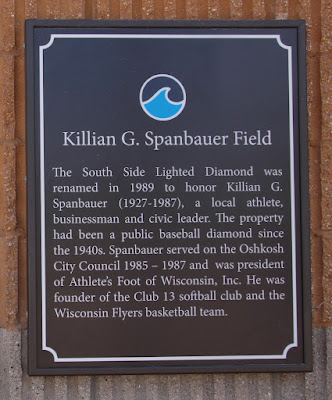 The South Side Lighted Diamond was renamed in 1989 to honor Killian G. Spanbauer (1927-1987), a local athlete, businessman and civic leader. The property had been a public baseball diamond since the 1940s. Spanbauer served on the Oshkosh City Council 1985 - 1987 and was president of Athlete's Foot of Wisconsin, Inc. He was founded of the Club 13 softball club and the Wisconsin Flyers baseball team.

The marker is located at Spanbauer Field and is accessible from the northernmost end of Hawthorne Street, north of its intersection with West 9th Avenue, Oshkosh, Wisconsin 54902. 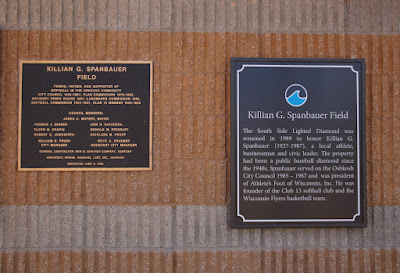 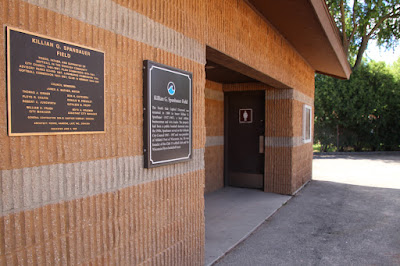 The marker is near the entrance to the bathrooms. 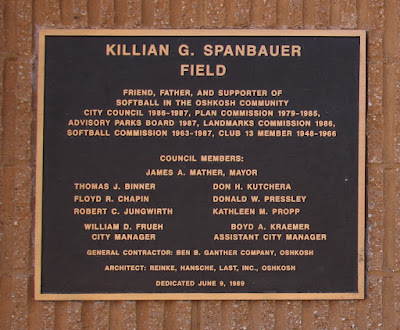 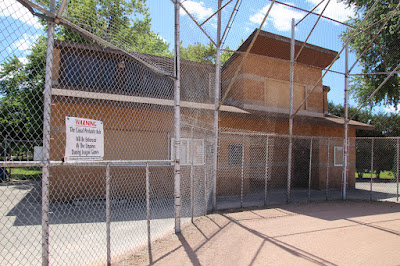 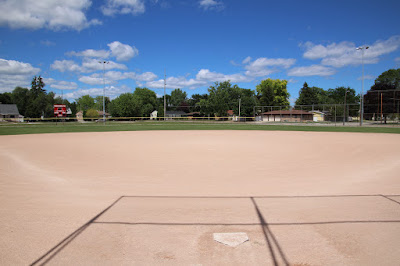 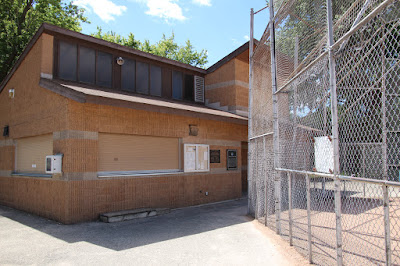 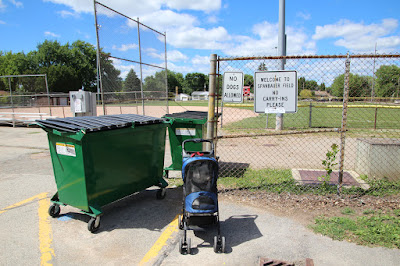