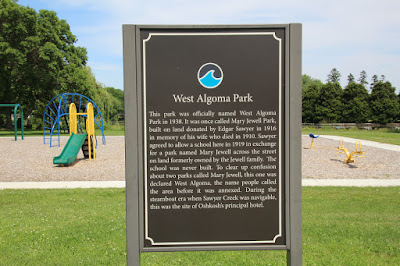 This park was officially named West Algoma Park in 1938. It was once called Mary Jewell Park, built on land donated by Edgar Sawyer in 1916 in memory of his wife who died in 1910. Sawyer agreed to allow a school here in 1919 in exchange for a park named Mary Jewell across the street on land formerly owned by the Jewell family. The school was never built. To clear up confusion about two parks called Mary Jewell, this one was declared West Algoma, the name people called the area before it was annexed. During the steamboat era when Sawyer Creek was navigable, this was the site of Oshkosh’s principal hotel. 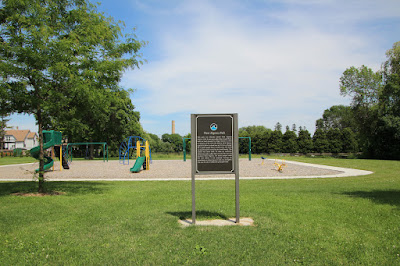 Looking east, with the
Woodworkers and Woodworking Industry Memorial Smokestack
in the distance. 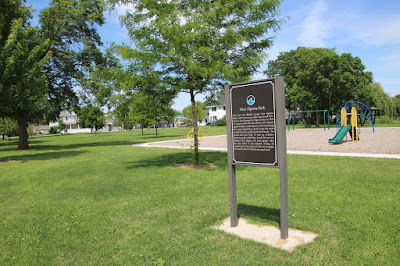 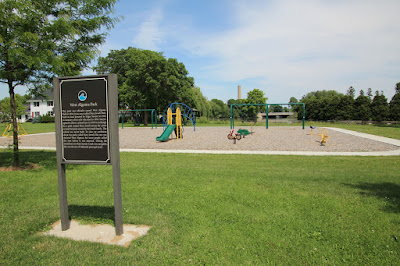