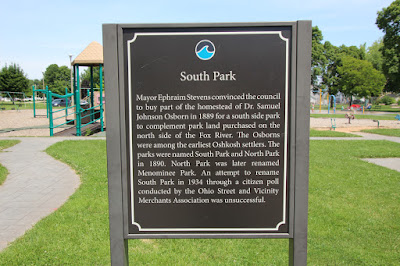 Mayor Ephraim Stevens convinced the council to buy part of the homestead of Dr. Samuel Johnson Osborn in 1889 for a south side park to complement park land purchased on the north side of the Fox River. The Osborns were among the earliest Oshkosh settlers. The parks were named South Park and North Park in 1890. North Park was later renamed Menominee Park. An attempt to rename South Park in 1934 through a citizen poll conducted by the Ohio Street and Vicinity Merchants Association was unsuccessful.

The marker is located at the Donny Weitz Plaground at South Park and is accessible from West 12th Avenue (which runs through the park), west of its intersection with Georgia Street, Oshkosh, Wisconsin 54902. 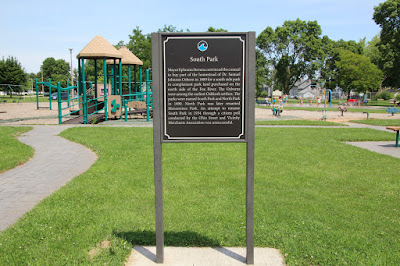 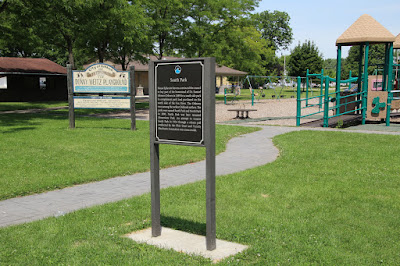 The marker is at the Donny Weitz Plaground. An egret cooling off in a park pond. 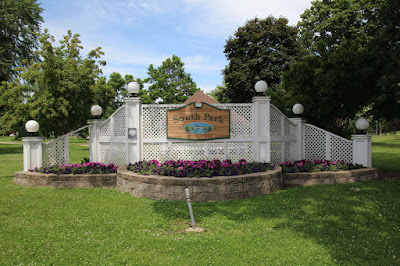 The marker is located at South Park in Oshkosh, Wisconsin.