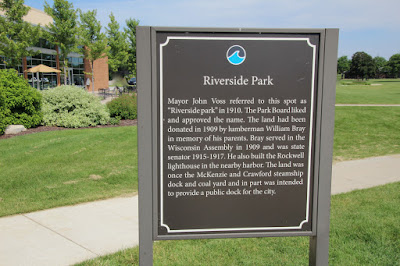 Mayor John Voss referred to this spot as “Riverside park" in 1910. The Park Board liked and approved the name. The land had been donated in 1909 by lumberman William Bray in memory of his parents. Bray served in the Wisconsin Assembly in 1909 and was state senator 1915-1917. He also built the Rockwell lighthouse in the nearby harbor. The land was once the McKenzie and Crawford steamship dock and coal yard and in part was intended to provide a public dock for the city.

NOTE: There is no parking on North Main Street to access the marker. Park in the Convention Center Parking Lot, then follow the park pathway to the marker location (see photos below). 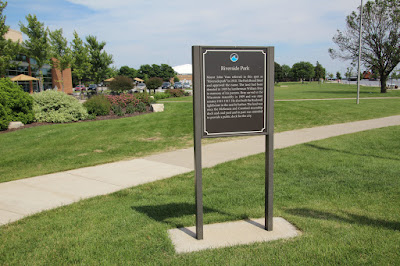 Looking east, with the Convention Center parking lot
(where to park to access the marker) and Fox River in the distance. 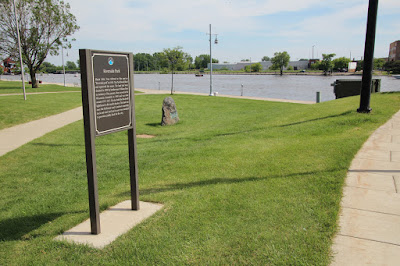 Looking southeast, with the Fox River in the background. 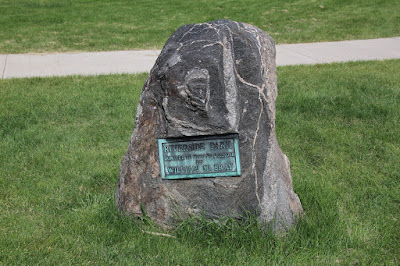 This plaque is next to the marker. 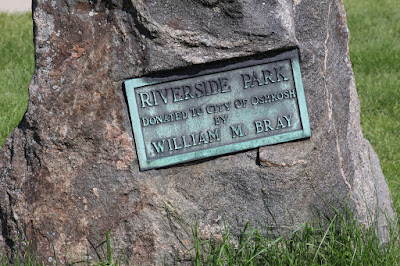 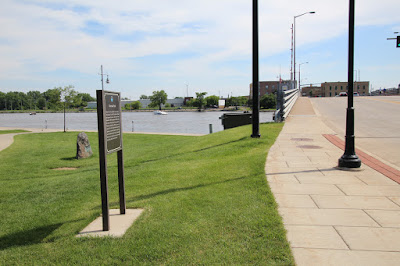 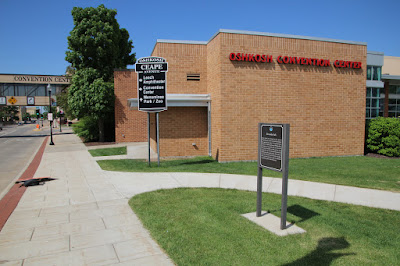 Looking north along North Main Street;
the marker is next to the Oshkosh Convention Center. 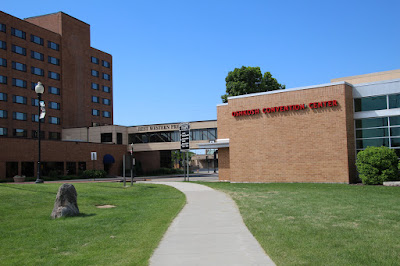 The pathway leading from the parking lot to the marker location. 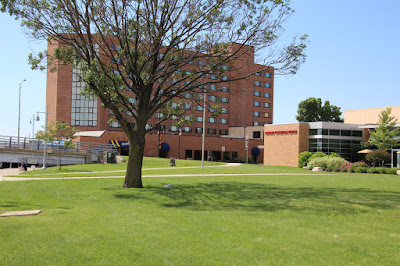 View of the marker from the Convention Center parking lot.
The marker is located in Oshkosh, Wisconsin.