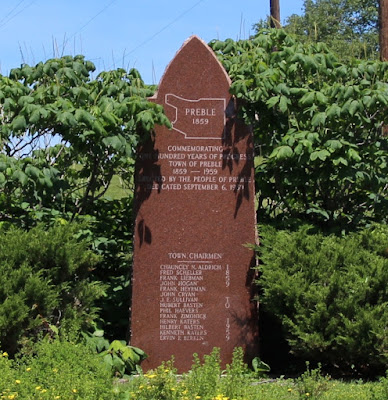 PREBLE
1859
Commemorating
One Hundred Years of Progress
Town of Preble
1859-1959
Erected by the People of Preble
Dedicated September 6, 1959

Wikipedia: Preble, Wisconsin
Preble was a town in Brown County, Wisconsin, United States from 1859 to 1964. It ceased to exist as a jurisdiction in 1964, when by referendum it consolidated with the city of Green Bay. 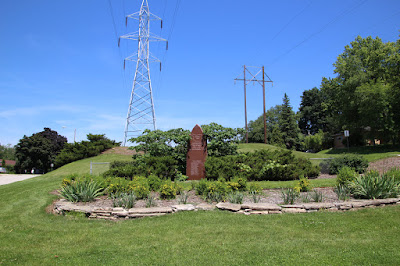 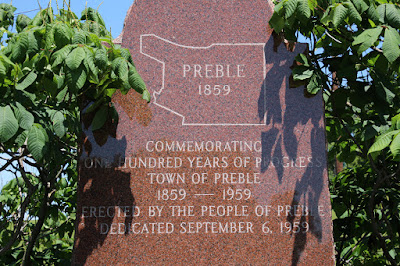 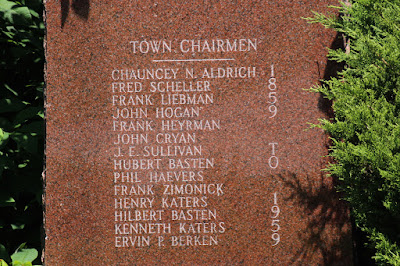 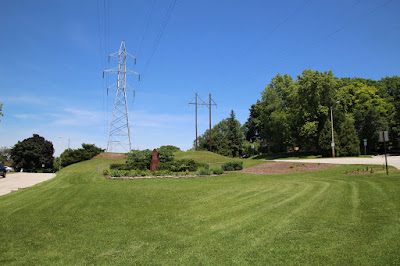