Fox River Trail: The Significance of the Port 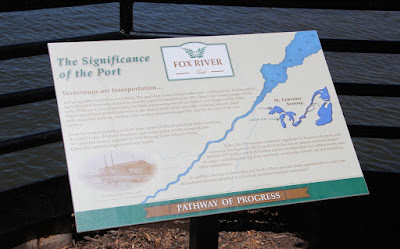 FOX RIVER TRAIL
The Significance of the Port

and geographic location is everything. The sparkling waters of Green Bay and sweeping rivers feeding into it have attracted numerous industries over the past few hundred years. The French fur-trading empire of the early 1700s gave way to harvesting the thick surrounding forests for lumber and shingles in the 1800s. Rapid agriculture growth followed on the cleared lands while sawmills, smelting furnaces, paper mills and other factories needing water in their processes hugged the river by the turn of the next century.

From fur traders paddling in birch bark canoes (1700s) to merchant ships traversing the Great Lakes (1800s) to freighters and ocean-going vessels navigating the St. Lawrence Seaway (opened in 1959) through to the Atlantic Ocean, Green Bay gained connections to the world!

Today, the Port remains extremely significant to the area's character and economic development. The Port of Green Bay has an annual economic impact between $75 million and $100 million and moves more than two million metric tons of cargo - including coal, pig iron, limestone, wood pulp, cement, salt and numerous other commodities.

In addition, the bay of Green Bay and the Fox River provide many opportunities to enjoy the recreational benefits afforded to a city built on these treasured waterways!

The marker is located along the East River Trail, at the confluence of the Fox (to the left) and East (to the right) Rivers, to the north of the Wisconsin Public Service Building, at or near 700 North Adams Street, Green Bay, Wisconsin 54301.

NOTE: There is plenty of parking at the Wisconsin Public Service Building on the weekends to access the marker location; parking lot may be full and / or parking regulations applied during normal work hours (Monday-Friday). The parking lot is  located where North Adams Street dead ends just north of its intersection with Elm Street, and further north of its intersection with westbound Main Street / U.S. Route 141, Green Bay, Wisconsin 54301.

This marker is one in a series of 12 interpretative signs placed along the Fox River / East River Trail from downtown Green Bay to the Village of Allouez. These signs feature topics related to the history of the Green Bay area associated with the Fox River and also focuses on the importance of the Port of Green Bay in our community.  Click here for a list of all markers included in the series. 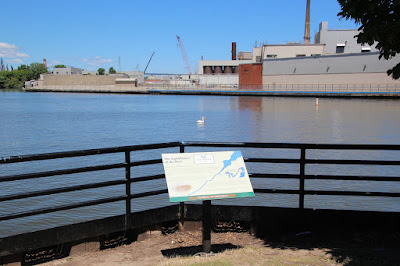 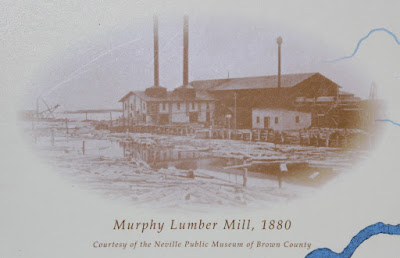 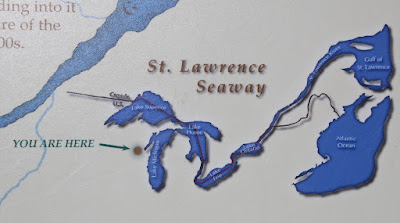 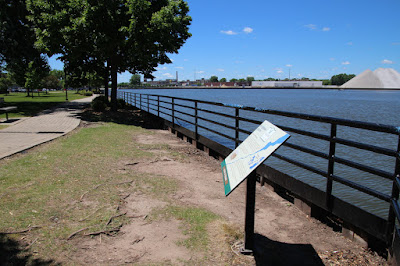 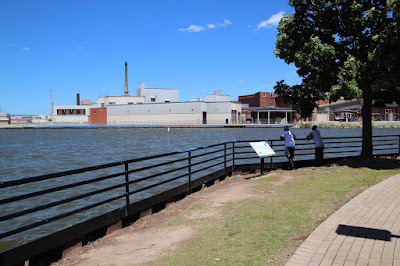 The marker is located along the East River Trail,
at the confluence of the Fox (to the left) and East (to the right) Rivers. 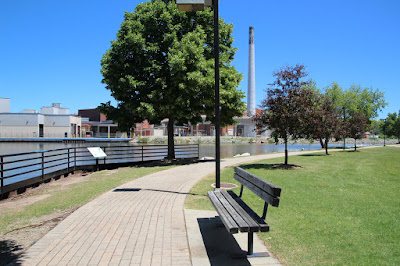 Looking northeast towards the East River. 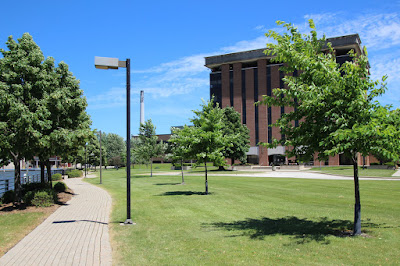 Follow the path (keep walking towards the smokestack)
to the marker location. 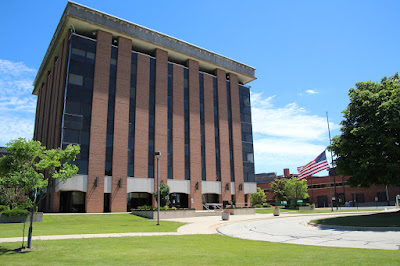 The path runs along the left (north) side of the
Wisconsin Public Service Building.
(Flag at half staff to honor victims of Orlando shooting.) 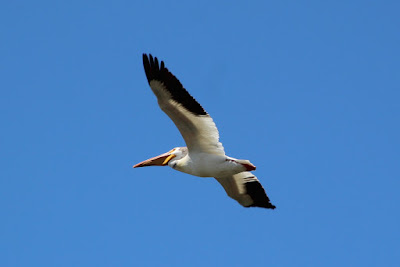 Loads of American White Pelicans in the sky! 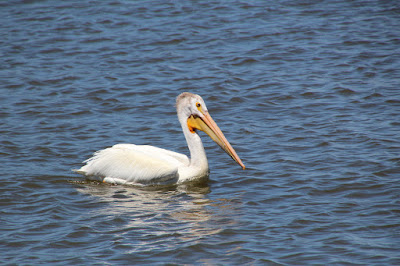 And in the water! 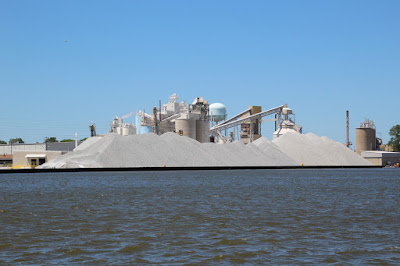 View of salt piles on the west bank of the Fox River.