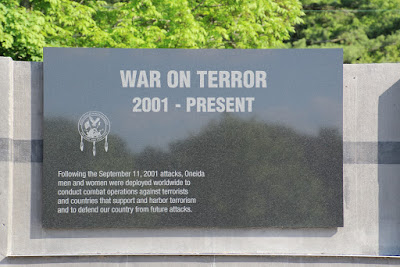 Following the September 11, 2001 attacks, Oneida men and women were deployed worldwide to conduct combat operations against terrorists and countries that support and harbor terrorism and to defend our country from future attacks.