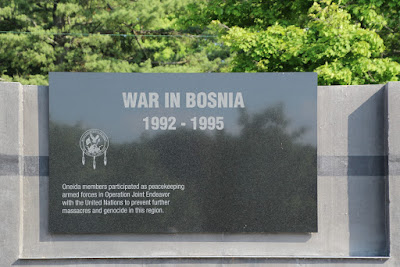 Oneida members participated as peacekeeping armed forces in Operation Joint Endeavor with the United Nations to prevent further massacres and genocide in this region.